The suspect, a good looking, tall, fair-in-complexion young chap allegedly dispossessed a lady of her bag and moblie phone at Haruna Bustop, Ogba, Lagos and sprinted to the other side of the road to find an escape route.

He however met his Waterloo when shouts of thief! thief!! from the victim alerted some brave youth in the area who quickly mobilised and gave the suspect a hot chase before they eventually caught up with him opposite the Mosque close to Orimolade Bustop.

The driver of a commercial mini Bus who was passing though the area with some passengers at the time also assisted in blocking the suspect from escaping.

Realising the game was up, the suspect, who simply gave his name as *Ahmed* started pleading but his plea attracted viciously and mercilessly beating with planks, sticks and stones by the youth.

A mild drama also played out in the midst of the mob action. After the initial beating, a dark fellow with multiple scars of his face appeared on the scene from nowhere and ordered the youth to release the susepct and let him go. Surprisingly, the youth complied immediately and the thief took to his heels.

However, one of the youth named Samir who happened to be among the passengers of the commercial mini bus, challenged the authority of the man who oredered the release and questioned the motive behind such instruction. Realising his plot has failed, the scar-faced fellow, who was later discovered to be an accomplice of the bag-snatcher, swiftly withdrew from the scene and disappeared.

This promoted Samir to quickly re-mobilised other youth to chase after the suspect again before they eventually pinned him down the second time, few meters from the crime spot.

This time the beating assumed a more bloody and dangerous dimension.
Within a twinkle of an eye, one of the youth brought out a used car tyre while others started searching for petrol.
It took a strong intervention and warning from this reporter and one other fellow, about the implications and illegality of Jungle Justice, before the youth reluctantly dropped the tyre.

The Police eventually arrived at the scene after about 40 minutes.

In a chat with Samir the chap who led the pursuit against the suspect, the visibly angry youth said he got involved in dealing with the suspect because he was seriously disappointed and upset with what the guy did. According to him, “most of the harassment some innocent young persons like me are facing in the hands of SARS operatives are simply because of the stupid actions of a few lazy morons like this one. So we need to teach them a bitter lesson and make an example of them so as to send a strong warning signal to other foolish youth like him, that we will no longer allow them to soil our names.”

Those familiar with the area revealed that bag-snatching, pocket-picking and other vices are very rampant in the vicinity. It was also said that the suspect had been arrested on the same spot sometime ago but managed to escape.

The stolen handbag and phone were eventually handed over to the owner. The management of Lagos State University has awarded a scholarship of 50 percent refund of school fees in the academic session to 556 outstanding undergraduate students of the institution.
byTayo Aderinola
1 share
1
0
0
No comments 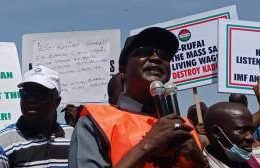 The Nigeria Union of Petroleum and Natural Gas Workers (NUPENG) has alerted its members to be ready for shutdown if attacks on peaceful protesters continue in Kaduna State.
byTayo Aderinola
No comments 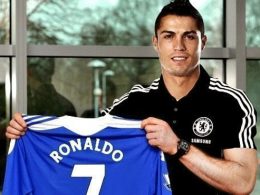 Manchester United forward, Cristiano Ronaldo, could be set for a shock move to Chelsea this summer, the UK Express reports.
byLateef Idris
No comments

The University of Lagos (UNILAG) has shut-down the ‘Cold Room’, where lecturers allegedly assault student sexually. The development…
byTayo Aderinola
No comments