The coast is virtually clear for former governor Adams Oshiomhole’s bid for the chairmanship of the All Progressives Congress.

The last of his rivals, Chief Clement Ebri, also a former Governor of Cross River, announced his withdrawal from the race, leaving Oshiomhole now unopposed.

Ebri’s decision to withdraw from the race was made known on Thursday in his letter titled: “Withdrawal from National Championship race”, in Abuja.

Ebri’s decision came ahead of the party’s National Convention slated for Saturday and followed two other chairmanship aspirants’ withdrawal from the race.

He stated in the letter that his decision to withdraw from the race came after due consultations with friends, family and associates in the interest of the party.

He added that the decision was also taken in his belief that “all stakeholders “must tow in the same rancour free direction as the 2019 general election approaches”.

Ebri noted that what happened in the leadership of the APC was directly responsible as to whether it could deliver on its promises to Nigerians to provide them with better lives.

He said that such was the core conviction that drove him into declaring his candidacy for the party’s National chairmanship position in the first place.

He also stated that the fundamental task of the APC was to win elections, adding that it behoved on the party to offer its elected officials a means for organising government.

This, Ebri said, became the primary link between the people and government.

He also urged his supporters to transfer their support for his aspiration to former governor of Edo, Mr Adams Oshiomhole as National Chairman of the APC.

““We should all render him every support and encouragement he needs as he and his team proceed to rebuild our party into a formidable, unified and inclusive organisation where every voice counts,” he said. 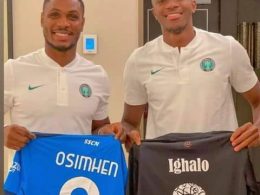 Napoli striker, Victor Osimhen has opened up on how he feels about the return of Odion Ighalo to the national team.
byTayo Aderinola
No comments 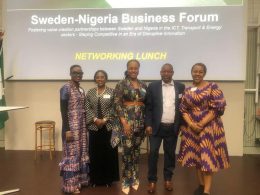 The Lagos State Government, through the Office of Sustainable Development Goals and Investment, and the Sweden Business Council has resolved to strengthen business relationships between the State and the Swedish Government.
byLateef Idris
No comments 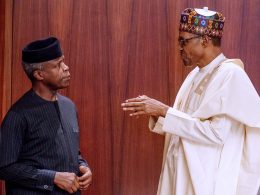 The Federal Government of Nigeria (FGN) says about N35.3billion have been disbursed to 36 states and the Federal Capital Territory (FCT) to mitigate COVID-19 impact.
byLateef Idris
No comments