An economic expert, Dr. Afolabi Olowookere, has said that oil revenue, in terms of contribution to Federation Accounts, fell from 46.9 percent in 2017 to 7.4 percent in the first half of 2022.

An economic expert, Dr. Afolabi Olowookere, has said that oil revenue, in terms of contribution to Federation Accounts, fell from 46.9 percent in 2017 to 7.4 percent in the first half of 2022.

Olowookere, the Managing Director, of Analysts Data Services and Resources Ltd., made this known on Tuesday in a statement entitled “Performance of Federation Distribution, Budget versus Actual.”

He said that overall, the share of the federation account to total distribution had reduced from 81.4 percent in 2017 to 66.1 percent in 2022.

According to him, the share of oil has been falling and is projected to fall further while VAT has been gaining its share.

“Overall, revenue projection has been far larger than the amount realised across the various components of oil revenue,” he said.

Olowookere, however, said that gross profit from crude oil and gas sales performed well above projections except for 2020 and 2019 with negative variances of 38.1 per cent and 62.1 per cent respectively.

He said apart from 2020, actual oil revenue had been more than 50 per cent lower than their budged values.

Olowookere added that in terms of contribution, gross profit oil and gas had fallen over time, PPT and gas income as well as oil and gas royalties have increased their share.

On Petroleum Industry Act (PIA) and its Implication on Federation Account Revenue, he said the PIA had the major aim to restructure and transform the Nigerian oil and gas industry.

He said implications of PIA on Federation Account Revenue could be examined through some channels which included the Establishment of Regulatory Agencies, multiple agencies and cost of collection.

He listed other channels as NNPC Limited and its commercial operations, Remittance into Federation Account Allocation Committee (FAAC) versus Consolidated Revenue Fund (CRF), Newly-created Funds in PIA and FAAC, PIA and New Taxes and PIA on fuel subsidy.

“Despite these provisions, government still continues with subsidy payment for certain reasons.

“While section 31(d) of PIA may suggest subsidy removal, it is not impossible that the process of providing pricing and tariff framework and advising on commercial matters lead to some price controls or subsidy reintroduction.

He stressed that the courage to remove subsidy was imperative but should be done in a manner that would not add more burden to the citizens who were already stressed out due to harsh economic realities. (NAN)

N8.5 million we receive monthly is too small – Nigerian lawmaker

The N8.5 million monthly running cost that members of the House of Representatives receive is insufficient, a lawmaker…
byTayo Aderinola
No comments 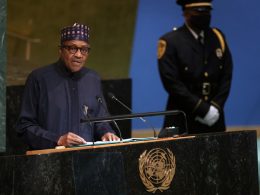 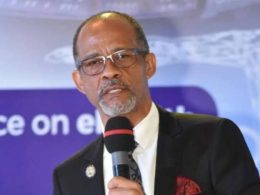 SOME eminent personalities in the political and academic spectrums in the South- West geopolitical zone, on Saturday, charged…
byTayo Aderinola
No comments