The  Department of State Services (DSS) has debunked the fake news  and videos circulating in the social media about the alleged recovery of N21 billion, PVCs and weapons in the Katsina and Abuja homes of its sacked  Director General, Lawal Daura.

In a statement today, Tony Opuiyo, spokesman of the secret service said the alleged items  were  non-existent.

In some fake video also in circulation, some persons believed to be personnel of a security outfit were seen forcing open safes stocked with money. The security operatives were described as executing a recovery operation at the Katsina home of the former DGSS.

The DSS said categorically that the videos are false and should be disregarded.

“So far, no such recovery operations have been undertaken by the EFCC or any other security agency at DSS’ office or residences of the former DG”, Opuiyo said..

“There is no doubt that different interests have continued to give varied accounts of the incident of last week at the National Assembly.

“It may, however, be recalled that the Presidency had pledged to carry out a detailed investigation regarding the alleged National Assembly siege.

“The public is, therefore, advised to exercise restraint in their narration of events and as such, desist from spreading fake news or engaging in activities that may mislead or further cause a breach of the peace as well as preempt the outcome of investigations”, Opuiyo said.

Lawal Daura was sacked last week Tuesday on the orders of Acting President Yemi Osinbajo, following the blockade of the gates of the National Assembly by hooded and armed DSS operatives.

Osinbajo slammed the action  as a gross violation of constitutional order, rule of law and all accepted notions of law and order. He said the blockade was unauthorised by the executive.

According to him, the unlawful act which was done without the knowledge of the Presidency is condemnable and completely unacceptable.

A statement issued by Laolu Akande, Senior Special Assistant to the President on Media and Publicity, Office of the Acting President, said that the action of the DSS was  not authorised by the presidency.

Daura, who was born on 5 August, 1953, was appointed by President Muhammadu Buhari on 2 July 2015, following the dismissal of his predecessor Ita Ekpeyong.

He once worked in the service and retired.

Acting President Osinbajo has appointed Matthew Seiyefa as acting DG of the agency. 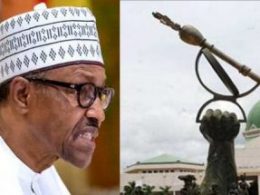 The Clerk to the National Assembly Mr. Olatunde Amos Ojo has transmitted the authenticated copies of the Electoral Bill 2022 to the President of the Federal Republic of Nigeria Muhammadu Buhari GCFR on 31st January 2022.
byTayo Aderinola
No comments 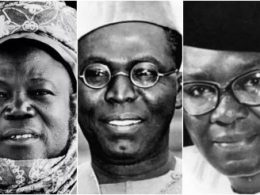 The Labour of our Heroes Past… (Part 1)

Stanza 5 of the Nigerian National Anthem reads - “the labour of our heroes past, shall never be in vain.” Late Babatunde Jose (a former editor of the Daily Times), provided an insight into this topic in his article, titled - “The Independence Day Editorial”, published in the Daily Times on October 1st 1960, upon Nigeria’s attainment of independence. An extract of his article reads – “I am happy and I am sobbing.
byLateef Idris
No comments

Aftermath of #EndSARS destruction of Lagos in October 2020, the state government has earmarked N15 billion for the…
byTayo Aderinola
No comments 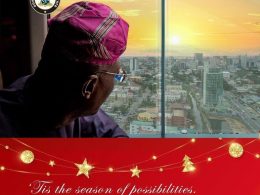 Lagos State Governor, Mr. Babajide Sanwo-Olu, has rejoiced with residents of the State, especially Christian faithful as they celebrate this year’s Christmas, which marks the birth of Jesus Christ.
byTayo Aderinola
No comments