Three of the released inmated have been standing trial for over 15 years.

Justice Atilade in her remark said the amnesty extended to the released inmates was part of her statutory duty to continuosly ensure that the prisons are decongested.

She urged the beneficiaries of her amnesty exercise to reciprocate the gesture by ensuring that they do not return back to crime.

The Chief Judge also enjoined all relevant stakeholders in the justice sector to joined the prison decongestion effort.

Justice Atilade was accompanied on the visit by senior judges from the state judiciary, officials of the Lagos Ministry of Justice, members of the Nigerian Bar Association, NBA, various Non Governmental Organisation and representatives of the Nigerian Police.

In his remark, the Deputy Comptroller in charge of Kirikiri Maximum Prison, Seye Oduntan thanked the CJ for the amnesty gesture. He pleaded with the CJ to ensure that the programme is a continous one as more inmates who qualify for the exercise still abound in the prison.

Statistic posted on the notice board of the Maximum cell showed the prison with a 1053 capacity currently has 1235 inmates. While 772 of the inmates are awaiting trial, 83 are serving life sentence, 209 have been convicted while 171 are condemned prisoners.

At the Medium prison which has a 1700 cell capacity, 2853 inmates are currently at the prison. 2726 are awaiting trial, 128 have been convicted, 25 are lodgers, 19 are detainees while only one inmate is condemned.

A Federal High Court sitting in Lagos has fixed March 24 for the former Speaker of the Lagos State House of Assembly, Hon. Adeyemi Ikuforiji, to open his defence in an alleged ₦338.8 million money laundering trial.
byTayo Aderinola
No comments

The People’s Democratic Party (PDP) has condoled with the former National Vice Chairman (Southwest) of the party, Chief…
byTayo Aderinola
No comments 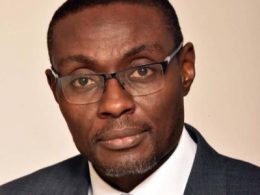 Following the assessment of the ‘No Vehicle Inspection, No Road Worthiness Certificate’ Policy which commenced in January 2022, the Lagos State Government has introduced a Booking System to stem the surge recorded at some vehicle inspection centres.
byLateef Idris
No comments