The Chairman of Lagos State Branch of National Union of Road Transport Workers (NURTW), Alhaji Tajudeen Agbede on Tuesday said the inter-state transport park at Odo-Iyaalaro in Ojota is now ready to receive the operators banned along Ikorodu Road.

Speaking through the Secretary of Ojota Main Garage Branch, Comrade Francis Olasanoye, Agbede said after the State Government issued the ban, concerted efforts had been in place by the government in partnership with the union to prepare the Ojota park, and that all was now set for the inter-state operators to relocate.

“Last Friday, the Acting Commissioner for Transportation, Prince Anofiu Elegushi visited this area with the State Chairman and we have cleared the new place where those affected by the ban will be operating from. We are fully ready to receive them and want to thank the State Government and Governor Akinwunmi Ambode for this development,” he said.

Meanwhile, some Lagos State residents have lauded the decision of the State Government to restrict the operation of inter-state buses and vehicles operating along Ikorodu Road from going beyond Ojodu Berger and Ojota Motor Parks.

The State Government had last week announced the ban and hinged the decision on the need to free up the Jibowu and Yaba axis of the State, as well as protect the environment.

Specifically, the State Government also issued a seven-day ultimatum to the operators to relocate to the designated inter-state motor parks at Ojodu Berger and Ojota, after which stiff sanction would apply to defaulters.

Speaking on the development, a resident who lives around Yaba axis, Mr Akindele Ojo said the ban was a welcome development, as it had significantly reduced traffic gridlock.

Ojo, who is a publisher, said: “As a matter of fact, the action is very good because since the time government announced the ban, there has been free flow of traffic in this axis especially in Jibowu, no issue again.

“Before the ban, we used to face a lot of traffic gridlock but now even if you pass through this axis around the night during peak period of traffic, this area is now very free. The action is the best as far as I’m concerned.”

Another resident, Dr Nwabueze Innocent said the ban had both advantages and disadvantages, but that it was in the overall best interest of the people. He said it would no doubt go a long way in reducing traffic but urged the State Government to put measures in place to mitigate the impact of the ban on travellers.

On his part, Mr Olowookere Olusegun commended the State Government for the bold initiative to come up with the ban. Olusegun, who is a bread producer, said with the ban, sanity and a lot of positive change had been effected in the area.

Also speaking on the ban, Acting Commissioner for Transportation, Prince Anofiu Elegushi assured that the space at Ojota Park was more than enough to accommodate the inter-state transporters currently operating from Jibowu and Yaba axis.

He said efforts were ongoing to re-arrange the Ojota Park with the view to properly utilize the available space, saying that all the affected operators needed to do, is to approach government for allocation of space to continue their operations.

While justifying the ban, Elegushi said: “There are two basic reasons for the ban. One, it has to do with the transport policy of removing inter-state vehicles from Lagos metropolis and taking them a little bit to the outskirt of Lagos so that buses with other colours will not come into the State and run intra-city transport.

“We are already constructing modern inter-state bus terminal at Ojodu Berger and we are planning to construct more in Epe, Badagry and other areas, and also properly plan our roads.

“Secondly, the ban has to do with the Master Plan of the State and there is no provision in the plan for such operation in Jibowu and Yaba axis. Most of the buildings the inter-state operators are using were formerly residential and we know the effect of their operation on the traffic and public infrastructure in the axis. If you look at the big buses, they don’t have enough clearance that will accommodate their turning radius and that is the reason for the damage on the public infrastructure,” the Commissioner explained. 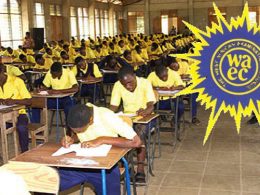 Eti-Osa-Lekki-Epe Expressway Reconstruction: A road of this magnitude will enable us harness the opportunities – Abiru

The candidate of All Progressives Congress (APC) for senatorial bye-election in Lagos East, Mr. Tokunbo Abiru has said…
byTayo Aderinola
No comments

The Minister of Information and Culture, Lai Mohammed, has asked the National Broadcasting Commission to halt the transmission…
byTayo Aderinola
No comments 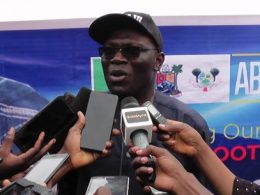 The All Progressives Congress, APC, Lagos Chapter has debunked the alleged report that crisis is rocking the party in the state, describing the publication as imaginary.
byTayo Aderinola
No comments