The days of three regions in Nigeria during the fi rst republic witnessed healthy political and economic rivalry amongst the regions. People acknowledged their genuine leaders who truly serve to represent and protect their collective interests. The Igbo man was sure of diligent representation from Nnamdi Azikwe. The northerner was confi dent of the effi ciency of Ahmadu Bello’s leadership in any capacity. Obafemi Awolowo will certainly always take note of Yoruba interest in the scheme of things.

The regions had distinct identities which was their pride and heritage. Northern region featured groundnut pyramids and cotton plantation to produce input for the textile mills. Western region’ s economic buoyancy was hinged on proceeds from cocoas. Cocoa industries performed at full capacity. Oil palm was dependable as development fi nancing source for the Eastern region .

In the spirit of federalism,12 states were created and increased to 36 on subjective grounds. Th ese states were zoned by late General Abacha into 6 geo political zones solely for the purpose of power sharing and rotation with no consideration for economic indices. Geo political zoning of the constituencies of Nigeria has only succeeded in fostering elite interests as power seekers.

The Lagos State Government has restated its commitment to the promotion of peace and unity among all residents of the State, saying that no progress can be achieved in a chaotic atmosphere.
byLateef Idris
No comments 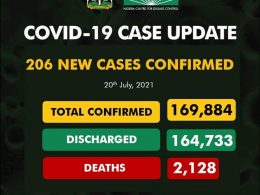