A suspected hoodlum has killed a community leader, Oluwafemi Emmanuel, in the Agege area of Lagos State.

The victim had on Friday accompanied a team of policemen to Akerele Street, where the operatives planned to raid some black spots.

It was gathered that some hoodlums, who accosted the operatives around 10pm, challenged them on their presence in the area.

The 53-year-old victim was said to have attempted to calm them down and explained the police’s mission in the community.

One of the hoodlums reportedly brought out a knife and stabbed the victim.

Emmanuel was rushed to a nearby hospital, where he died.

A source, who spoke to newsmen  on condition of anonymity, said policemen from the Isokoko Police Station arrested some suspects in connection with the incident.

The source stated, “The commandant of the community policing service in the area went with the police for a raid on Friday and when they got to Akerele Street, where the area boys were gathered, the guys started harassing them and wanted to start a fight with the police.

“But Mr Emmanuel tried to calm them down by explaining that they were not in the area to make trouble, but the next thing they heard was a shout that someone must die that night and that they were going to kill people. 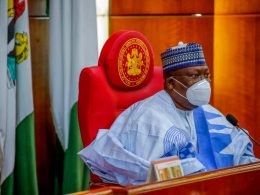 The President of the Senate, Dr. Ahmad Lawan, yesterday debunked the allegation that the leadership of the National Assembly alongside members collect huge sums of money to pass the controversial Petroleum Industry Bill into law.
byTayo Aderinola
No comments 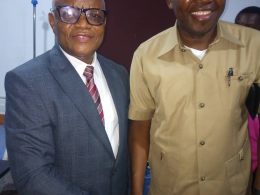 The Redeemed Christian Church of God (RCCG), House of Grace Parish on Abimbola Way, Isolo, has equipped and furnished a private ward in Isolo General Hospital, Lagos, in commemoration of the 50th Birthday of the Head of Parish, Pastor Olaolu Oyeleke.
byLateef Idris
No comments 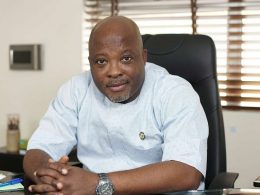 The Lagos State Sports Commission (LSSC) has commenced the training of 600 school sports masters/PE teachers, as a first step in the deployment of the Lagos State School Sports Intervention Programme (LASSIP).
byLateef Idris
No comments