Hurricane Irma, which President Donald Trump called a big monster,  lost some strength as it pounded southern Florida on Sunday afternoon, but forecasts warned it would remain a powerful storm as it flooded Miami streets and knocked out power to about 2 million homes and businesses.

All of southern Florida was feeling the effects of the storm creeping toward the shore, with at least one man killed, a woman forced to deliver her own baby, apartment towers swaying in high winds and trees uprooted.

The National Hurricane Center said the storm had maximum sustained winds of 120 miles per hour (195 kph), dropping it to a Category 3, the midpoint of the five-step Saffir-Simpson scale.

Tampa and Hurricane Bays saw extraordinarily low tides, with sea life visible and boats grounded, though forecasters warned the storm would soon drive those waters back in with storm surges of up to 15 feet(4.6 m) along the state’s western Gulf Coast.

Small whitecapped waves could be seen in flooded streets between Miami office towers.

Irma had been one of the most powerful hurricanes ever seen in the Atlantic, killing 28 people in the Caribbean and pummelling Cuba with 36-foot (11 meter) waves on Sunday. Its core was located about 30 miles (48 km) south of Naples by 2 p.m. ET (1800 GMT) and was expected to move along or over Florida’s western coast through the afternoon and evening.

Some 6.5 million people, about a third of the state’s population, had been ordered to evacuate southern Florida.

“This is a life-threatening situation,” Governor Rick Scott told a press conference.

President Donald Trump after returning to Washington from Camp David said: “The bad news is that this is some big monster,” adding that damage from the storm would be very costly.

“Right now, we are worried about lives, not cost,” Trump said.

Tornadoes were also spotted through the region.

Irma is expected to cause billions of dollars in damage to the third-most-populous U.S. state, a major tourism hub with an economy that generates about 5 percent of U.S. gross domestic product.

About 2 million Florida homes and businesses had lost power, according to Florida Power, Light and other utilities. 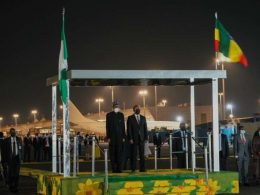 President Muhammadu Buhari has canvassed for the unity of purpose among Ethiopians as Prime Minister Abiy Ahmed began a second five-year term in office.
byLateef Idris
No comments 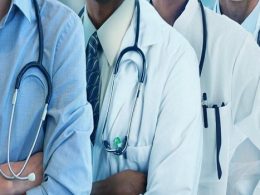 The Nigerian Association of Resident Doctors (NARD) has suspended its 64-day strike, which began on August 2, 2021.
byLateef Idris
No comments 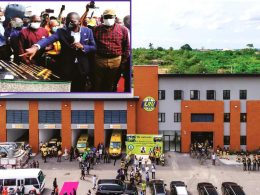