The completion of the Ajaokuta Steel Company and the creation of a conducive environment for a thriving public-private sector partnership were some of the promises made by the All Progressive Congress (APC) Presidential Candidate Asiwaju Bola Ahmed Tinubu during his parley with miners in Lafia, Nasarawa State on Thursday.

The completion of the Ajaokuta Steel Company and the creation of a conducive environment for a thriving public-private sector partnership were some of the promises made by the All Progressive Congress (APC) Presidential Candidate Asiwaju Bola Ahmed Tinubu during his parley with miners in Lafia, Nasarawa State on Thursday.

He said miners in the Northcentral state will be encouraged to contribute their quota to the economy if elected president next year.

The APC candidate government, under his watch, will ensure that the mining sector contributes more by building the Gross Domestic Product (GDP) in partnership with the private sector and the state government.

Tinubu, who was in Lafia for a town hall meeting with mining and agro-processing stakeholders in the state, said: “We seek to turn this economy into a more active engine of growth, productivity, jobs and income. We seek to establish a broad-based economy that ensures broadly-shared prosperity for all.

“Solid minerals and mining will play key roles in our campaign toward prosperity and our economic offensive against poverty and underdevelopment.

“My administration will ensure the full completion and operation of the Ajaokuta Steel Company under a viable Public-Private Partnership structure.”

He hinted at plans by the administration would enact legislative reforms and forge strategic partnerships with private sector investors with requisite skills and proven capacity that will support investment in the mining sector.

On agro-processing, Tinubu said: “My government will continue the progress and, in particular, shall focus on expanding the development of agro-industry to boost Domestic food production and enable our farmers and industrialists to add value to their products.

“My agricultural policy encompasses the creation of storage facilities, affordable farm loans and mortgages, creation of modern agricultural hubs in each geopolitical zone amid other measures.”

He promised to make his campaign to lead Nigeria issue-based and geared towards bringing prosperity.

The former Lagos governor said he plans to prioritise the resuscitation of the economy through the development of the solid mineral sector.

He said: “The APC shall continue to stand before the Nigerians to discuss the real issues of the day and offer insight into the policies and the solutions we intend to deploy to solve them; we remain the best and only hope for progressive and good governance.

“Few nations are as well-endowed as Nigeria – given our industrious, energetic population and our vast inventory of land, water and natural resources. Our beloved nation has abundant, commercially-viable solid mineral deposits such as coal, limestone, iron ore, bitumen, lead, zinc, gold and a variety of gemstone”

“It’s the obligation of government to use these gifts wisely to benefits the nation and improve the living standards of the average Nigeria.”

The presidential candidate had earlier paid a courtesy visit on the Emir of Lafia and Chairman, Council of Chiefs in the state, Justice Sidi Mohammed Bage (rtd).

In his welcome remarks, Nasarawa State Governor Abdullahi Sule, said Tinubu’s engagement with the mining community would afford the opportunity to know the economic potentials of State in mining and agricultural.

He listed lead, gold, Barite, mable and zinc as some of the 20 solid minerals domiciled in commercial quantity in the state.

The Director-General of the Tinubu/Shettima campaign organisation and Plateau State Governor, Simon Lalong, described Nasarawa as the home of huge solid mineral deposits that have remained untapped with attendant insecurity caused by illegal miners promising, Tinubu as next President of Nigeria would squarely address during his tenure.

“Tinubu is a man with untainted records of solving challenges. We are lucky he is ready to serve our country at this time”, he said.

APC National Chairman Abdullahi Adamu charged Tinubu to get ready to lead Nigeria to the Promised Land. He echoed President Muhammadu Buhari position that all “indicators and indications point to the fact that the APC candidate is the next President of Nigeria”.

A statement issued in Abuja by the Director, Media and Publicity of the APC Campaign Council, Bayo Onanuga, quoted Adamu to have said: “Except God, President Buhari is the highest authority in Nigeria today. Buhari has said it and it shall come to pass.”

Urging Tinubu to stand and the audience to also join him, Adamu declared the APC candidate will be the next president.

He told voters, not only in Nasarawa, but also in the adjoining states, to vote massively for the party and its candidates. 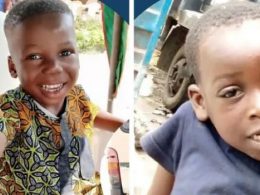 The two four-year-old boys, Wasiu Dauda and Al-Ameen Ibrahim, abducted in the Ijesha area of Lagos have been found.
byTayo Aderinola
No comments 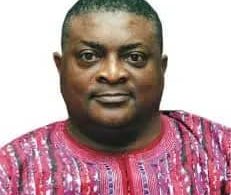 Sanwo-Olu mourns Mohammed Fawehinmi, says he was a passionate activist 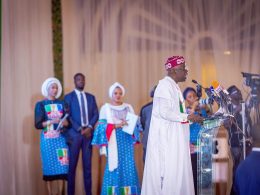 Asiwaju Bola Ahmed Tinubu, the Presidential Candidate of the All Progressives Congress (APC) says his presidency will ensure renewed hope, security and a prosperous nation if elected as president.
byTayo Aderinola
No comments

The Minister of Niger Delta Affairs, Sen. Godswill Akpabio has said the Director of Projects in the Niger…
byTayo Aderinola
No comments