The Yoruba Tennis Club, Lagos has expressed grave concern over incessant menace posed by trucks parked on Lagos roads and the consequent negative effect on the economy of the state as well as the discomfort caused other road users.
The Club, in a statement issued at the weekend and signed by its Chairman, Prof. Adetokunbo Fabamwo, said the club, at its monthly Business Luncheon recalled that for a long period of time, these trucks had constituted themselves into a nuisance of sorts, blocking the roads, particularly from Ikorodu Road and Oshodi-Apapa Expressway through to the various inner access roads in Apapa leading to the ports.

The Club commended the efforts of the Lagos State Government and the recent visits of Governor Akinwunmi Ambode as well as the Vice President, including the meetings held with the stakeholders, among others.

It appealed for additional designated truck parks to be made available immediately to accommodate the trucks in the short run, as the available spaces could be within tank farms and other warehouse premises with spaces enough to park the trucks.

According to the club, “the trucks at the tail end of the long queue should be turned back to other truck stations outside the state, such as the Ogere Park. There should be dialogue and continuous engagement with the stakeholders and the unions, including security agencies to ensure the implementation and enforcement of the no parking on roads order as well as the law preventing heavy duty trucks from entering the city of Lagos any time before 7.00pm.”

The club called for strengthening, empowering and reinforcing the special task force that was already set up, urging the state government to ensure the timely completion of the Iganmu truck park to accommodate the trucks.

In the medium term, the club urged the Lagos State Government to enter into a Joint Venture Partnership with the Ogun State Government to provide modern digital truck parks that would deploy a call up system for the trucks to ensure orderliness in coming into the city of Lagos and to the Ports such that the trucks would be in controllable batches.

It also called for palliative repairs on the roads leading to the ports, while the state government should not relent in her efforts of getting rid of all obstacles that might constitute a clog in the wheel of progress for the state. 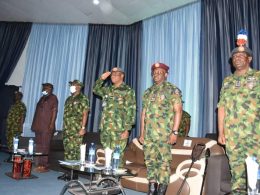 NAF Enhances its Combat Force with Graduation of 648 regiment personnel

The efforts of the Nigerian Air Force (NAF) towards reinvigorating some of its capabilities, while developing new ones in line with the ever-changing security environment received a major boost with the graduation of 648 regiment personnel at the Regiment Training Centre (RTC), Kaduna on Friday, 17 December 2021.
byTayo Aderinola
No comments 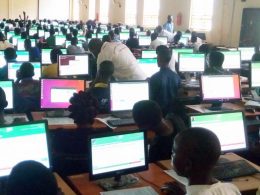 The Joint Admissions and Matriculation Board (JAMB) said the results for its ongoing Unified Tertiary Matriculation Examination (UTME) were undergoing a form of scrutiny before being released to candidates.
byLateef Idris
No comments

The multi-billion naira rice mill in Imota, a district in Ikorodu area of Lagos, is almost completed. The…
byLateef Idris
No comments

Sixty years in the wilderness