All Progressives Congress (APC) has promised that women and youths will deliver 40 million votes for its Presidential Candidate, Asiwaju Bola Ahmed Tinubu and his running mate, Senator Kashim Shettima in the 2023 presidential election.

All Progressives Congress (APC) has promised that women and youths will deliver 40 million votes for its Presidential Candidate, Asiwaju Bola Ahmed Tinubu and his running mate, Senator Kashim Shettima in the 2023 presidential election.

She urged women to lay aside all distractions, declaring “the deal is 40 million votes for the duo of Asiwaju Bola Ahmed Tinubu and Kashim Shettima.

“We have a super candidate in Senator Tinubu and his running mate. The two of them will bring Nigeria to its dreamland. This is the time to unite”

Edu also promised that women would be prioritised and urged women not to be distracted in their set goals.

Wife of the President Aisha Buhari canvassed for a door-to-door and state-to-state campaign for the success of Ahmed Tinubu and Kashim Shettima in the 2023 general elections.

“Seven years ago, we did the same thing and the result was glaring for all to see. As a result, the 2015 victory of the APC was one of its kind in the history of elections in the country. The result was neither challenged in a court of law nor in public opinion. History is about to repeat itself. Nigeria women and youth will repeat the same thing in the 2023 elections.

”Under APC, the future of women and youth is assured. We as women will vote for our party, APC. APC is a party of peace and progress. It’s been carrying out its campaign devoid of character assassination as opposed to other political parties, except for commitment, mobilization, and solidification of our youth. We want our women and youth to be under one umbrella to deliver Tinubu/Shettima in 2023. The women and youth of the Committee have become a movement and game changers for door-to-door victorious elections”.

Wife of the APC presidential candidate, Senator Oluremi Tinubu, promised to stand solidly behind her husband.

“We as wives, we stand by our husbands to bring succour to the less privileged through entrepreneurship. For Tinubu/Shettima presidency, it means a greater Nigeria is in the horizon. The choice of Kwara is divinely chosen because the state is a state of Harmony,” she said. 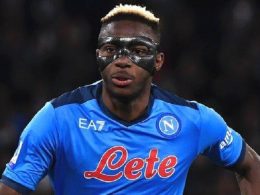 As the summer  transfer draws to a close , Napoli are not willing to loan out their striker Victor Osimhen to Manchester United in  part exchange for Cristiano Ronaldo.
byLateef Idris
1 share
1
0
0
No comments 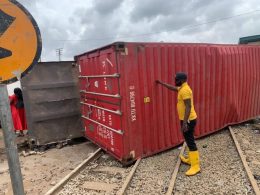 One person has been reported injured as an articulated truck fell off at Railway Crossing at Yaba, Lagos
byTayo Aderinola
No comments 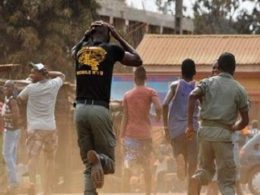 Residents of Ikare Akoko, headquarters of Akoko South West Local Government Area of Ondo State were on Tuesday thrown into confusion following the eruption of sporadic gun shots in the town.
byTayo Aderinola
No comments 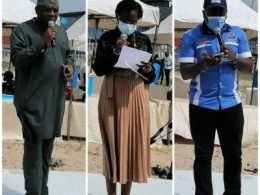 Protection of the ocean critical to human survival – SSG

Secretary to the Lagos State Government (SSG), Mrs. Folashade Jaji, has said that the ocean is critical to human survival and must be protected from all forms of pollution that could further accelerate climate change.
byLateef Idris
No comments