The Lagos State Government on Thursday said officials of the State’s Building Control Agency, LASBCA, did not lock-up tenants during its enforcement on Allen Avenue on Tuesday.

Some tenants had alleged that officials of the Lagos State Building Control Agency, LASBCA, locked them inside their apartments as they were carrying out enforcement on illegal conversion of residential apartments to commercial purposes on Allen Avenue.

Commissioner for Physical Planning and Urban Development, Prince Rotimi Ogunleye, while reacting to the development in Alausa, Ikeja, Lagos, Southwest Nigeria on Thursday said it was not possible for government officials to lock-up anybody during enforcement.

He said whenever a place was sealed for contravening the laws of the state, there was usually an alternative outlet, “there is no way people will be shut inside their buildings. LASBCA officials are educated people, there is no way they can lock-up any tenant or anybody inside a building.”

Ogunleye said the seal on a property was symbolic and represented a legal document under section 75 of the Urban and Regional law of the state, adding that it was a criminal offence for anybody break government seal.

“We enforce the law because people don’t want to obey the law and we do our enforcement under the confine of the law. LASBCA is the enforcement arm of the government to ensure that the law is implemented,” he said, explaining that whenever there was contravention, the body would follow it up by service contravention notice to ensure that people did the right thing.

On conversion of a property, the commissioner said Section 27 of the Lagos State Urban and Regional Planning Law stated that a developer would need a planning permit before erecting any structure, saying that once that had been obtained, the developer must adhere strictly to the permit given.

He explained that it was illegal for one to be given residential permit to erect a structure and later convert it for commercial use, adding that once that contravention was noticed, a contravention order would be served on the property.

“Once that has been served, you will be expected on receipt of the notice to come forward with the approval gotten for the property and the area of contravention would be made known to you for regularisation. What you find is that many people fail to heed the notice,” he lamented.

Ogunleye warned that government would not fold its hand and allow people trample on its law, as government was bent on ensuring that people did the right thing in a bid to stem building collapse in the state.

On the six months grace period for property owners without permit to regularise them without being penalised, the commissioner said once the grace period elapsed on August 1, 2018, government would enforce the law and ensure that violators would pay penalty for not obtaining planning permit.

He said many people had capitalized on the six months grace period to come forward to regularise their documents, while urging others to do the same thing before it expired.

Ogunleye said the essence of the grace period was to assist building owners to get their property certified and to let their building undergo integrity test to certify their durability. 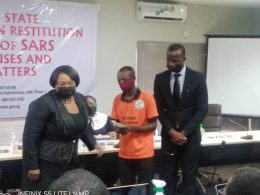 The Lagos State Judicial Panel on Restitution for Victims of SARS-related matters has awarded a N7.5m compensation to Petitioner Ndukwe Ekekwe for injuries sustained by SARS officers during investigation , which paralysed him in 2018.
byLateef Idris
No comments 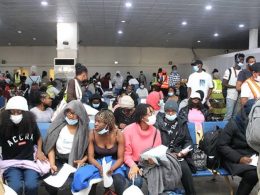 Nigeria has evacuated 807 of its citizens from war-raged Ukraine as at Saturday.
byTayo Aderinola
No comments 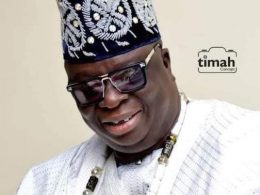 By: Fashina Mobolaji Shakiru Publisher of INN, Mr Gbolahan Odunsanya called me yesterday on 30th June when the…
byTayo Aderinola
1 share
1
0
0
No comments