Miss Monica Osagie, the student at the centre of a sex-for-mark scandal rocking the Obafemi Awolowo University, Ile-Ife, has denied shunning an invitation by the panel probing her audio tapes of her conversation with disgraced Professor Richard Akindele, who demanded five rounds of sex for marks.

She made the denial via proxy, and said she was awaiting an invitation by the panel, the Saturday Sun newspaper reported.

Her proxy, Abiola Akiyode-Afolabi, Founder, Women Advocates Research and Documentation Centre, a non-profit organisation, said that the university did not at any point invite Miss Osagie to face the panel.

She challenged the university to bring evidence that she was formally invited by any means to appear before the panel.

Afolabi stated that the university should be responsible and responsive in addressing issues of sexual harassment because Miss Osagie is ready to come out whenever the university extends a proper invitation to her, adding that it appears the school wants to protect its reputation at the expense of the young lady.

“Let the university do what they are supposed to do by giving her proper invitation. They have all her records because she is their student. The panel has never invited her, so when the panel invites her today, she would come.”

Akiyode-Afolabi further noted that even though Miss Osagie made the recording to serve as evidence against her lecturer, “she didn’t release the audio. She got the evidence and it was given to one or two people when she was seeking for help. So definitely one of them released the audio, and she cannot be blamed for it.”

Akiyode-Afolabi stated that there has not been any threat made against Monica. “We are not comfortable with the university saying they invited her when they didn’t invite her. Her name is already out, the whole world is aware so we cannot say because of security and safety, we won’t allow the truth to prevail.”

According to the panel report, only the suspended lecturer honoured its invitation while the lady neither showed up before the panel to defend her case nor wrote a formal complaint to the institution to defend the leaked audio.

“We will like to reiterate that OAU will continue to do everything legally and morally acceptable in pursuance of its avowed commitment to zero tolerance for sexual harassment, intimidation and, or coercion,” the university’s Vice-Chancellor, Prof Eyitope Ogunbodede, said in a statement.

Akiyode-Afolabi said Monica hasn’t done anything wrong and is unapologetic about what she did.

“I think society should focus on what really happened, and whether such should happen in higher institutions of learning and not about what she did.” 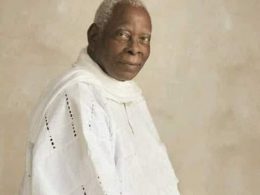 President Muhammadu Buhari has extended heartfelt condolences to the Grillo family, friends, associates and art lovers on the passing of Prof. Yusuf Cameron Grillo, the pioneer Head of the Department of Art and Printing, Yaba College of Technology, Lagos.
byLateef Idris
No comments 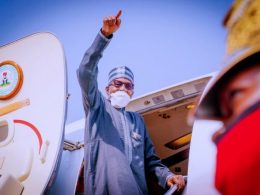 President Muhammadu Buhari is to embark on two weeks medical trip to London for check-up, his media aide said on Tuesday.
byLateef Idris
No comments 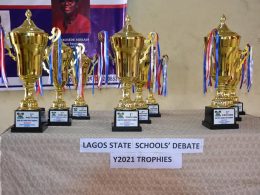