2023 Presidential Election: Resettlement of IDPs shall be given priority by my husband, says Tinubu’s wife

Resettlement of Internally Displaced Persons (IPDs) across the country will be given priority should the presidential candidate of the ruling All Progressives Congress (APC), Asiwaju Bola Ahmed Tinubu be elected next year.

Resettlement of Internally Displaced Persons (IPDs) across the country will be given priority should the presidential candidate of the ruling All Progressives Congress (APC), Asiwaju Bola Ahmed Tinubu be elected next year.

The wife of the APC flag bearer, Senator Oluremi Tinubu gave this ray of hope yesterday at the IDP Camp, Area One, Abuja when she led a team of APC Women Presidential Campaign team to donate food items and empowerment grants to those displaced from Borno State.

Addressing the IDPs, she pledged to work towards the resettlement of all IDPs across the country should her husband, Asiwaju Bola Ahmed Tinubu, win the presidential election in 2023.

“I believe that all those in IDP camps when the time comes will be resettled because this camp is dehumanising. We can’t live in our homes and expect our brothers and sisters to be sleeping in sheds. I’m speaking for me and I believe I’m speaking for Mrs. Shettima, that we will make sure that we continually remind our husbands of the plight of these people, that they have to be resettled.

“These are young promising children with a very bright future. We can see most of them are educated, we can see they have dreams, they have aspirations. Nigeria belongs to all, no matter from what background,” she said.

Senator Remi Tinubu, who led the delegation, donated 100 bags of rice, 500 yams, 100 cartons of instant noodles, 30 cartons of oil, 500 wrappers and an undisclosed amount of money as empowerment grants for young people in the camp

Presenting the items, she said the action of the team was primarily aimed at bringing succour to the people with the food items and providing cash grants with which many youths in the camp can be economically empowered.

She stated that the campaign team was aware of the yearnings of the IDPs to have their children educated and their quest to become financially empowered, pledging that she would continue to support IDPs across the country.

In her remarks, Hajiya Nana Shettima, wife of the APC vice-presidential candidate, expressed appreciation to President Muhammadu Buhari for his efforts in battling the Boko Haram insurgency, as such efforts ensured that areas like Gwoza were recaptured from insurgents.

She urged the IDPs to support the APC at the polls and assured them of the party’s commitment to addressing their concerns.

The Women Leader of the camp, Leatu Ayuba, expressed appreciation to the APC Women Presidential Campaign Team on behalf of the IDPs. She said that the visit was a special one as no other political party or candidate had shown concern about their welfare.

“I am very happy and today is our festive day. We appreciate them and we have never had any other presidential candidate reach out to us this way. May Almighty God bless them,” she said.

Also in the delegation were: the national coordinator of the women’s team, Asabe Vilita-Bashir and her deputy, Lauretta Onochie, wife of the Senator representing Lagos West, Temitope Adeola, and wife of the secretary of the APC Presidential Campaign Council, Bukola Faleke. 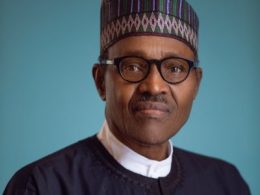 President Muhammadu Buhari on Saturday tasked Nigerian universities to come up with a cure for Coronavirus (COVID-19).
byTayo Aderinola
No comments

The Speaker of the House of Representatives, Rep. Femi Gbajabiamila, has assured that the Green Chamber is determined…
byTayo Aderinola
No comments