Chairman, Lagos State House of Assembly Committee on Youth, Sports and Social Development, Hon Adedamola Richard -Kasunmu has counseled youths against being catalyst for thuggery and tasked them on the need to be united, avoid distractions , encourage and support themselves to bring positive change to the polity.

Richard -Kasunmu spoke at a leadership conference for the youths, organised by the Office of the Lagos State Youth Leader of the All Progressives Congress (APC), with the theme : “Youths as Catalyst in National Development”.

According to him, the only way youths could take up leadership positions was to speak with with one voice and show that they were ready for leadership by disengaging from truancy, bad societal norms and face economic realities to make the nation progress .

“It is time for our youths to sit back and think about the way forward. It is time they stop being catalyst for thuggery. Youths are always known to be a part of the instruments employed by bad politicians.

“Politicians must use the available opportunities to help the youth grow in terms of political and economic development, financial enhancement and capacity building. By so doing, you make them different catalyst for national development.

“It also depends on how the youths are ready to stand up with one voice and make the people before us know that the future we have been clamouring for is now here and ready to take the mantle of leadership to where it is supposed to be. All around the world , we have places where youths are presidents. I see no reason it cannot happen someday soon in Nigeria, only if we take the right steps toward the right direction,” he said.

Lagos State Coordinator of ‘Not too Young to Run Movement “, Mr Godbless Otubure enjoined more youths to participate in governance, resolve issues through engagement rather than violence and step up the campaign of ‘Ready to run’.

The Lagos APC Youth leader, Mr Tayo Sanyaolu said that the event was organised as part of this year’s celebration of the International Youth day.

Sanyaolu described the youths as tomorrow’s leaders as well as today’s partners and also charged them to stand firm and demonstrate that they were capable.

Mrs Moremi Ojudu, an activist, urged the youths to believe in themselves, not to give up and not to be timid and distracted in running for any political post.

The Chairman, Igbogbo -Bayeku Local Council , Mr Daini Olusesan, urged the youths to register and collect their Permanent Voter Cards(PVCs) ahead of the 2019 general elections.

The event was attended by youths, party chieftains, human right activists and representatives of National Association of Nigerian Students. 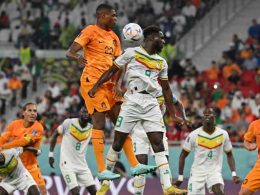 Late goals by Cody Gakpo and Davy Klaassen gave the Netherlands a 2-0 victory over African champions Senegal on Monday on their return to the World Cup stage.
byTayo Aderinola
7 shares
7
0
0
No comments The funding of the campaign activities of the presidential candidate of the All Progressives Congress (APC), Asiwaju Bola Ahmed Tinubu got a boost on Thursday with a donation of N1 billion by two thousand businessmen from the South East.
byTayo Aderinola
No comments 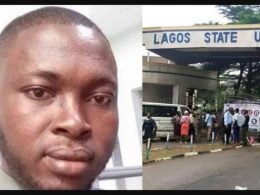 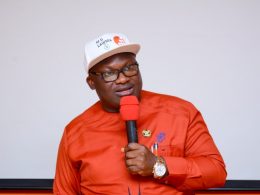 The Lagos State Waste Management Authority (LAWMA), has warned residents against indiscriminate dumping of refuse as such unhealthy behaviour portends negative consequences for the environment.
byLateef Idris
No comments