Princess Diana’s sons, Prince William and Prince Harry, will lead the tributes to their late mother to mark next week’s 20th anniversary of her death.

Ahead of the event, William and Harry have given candid interviews to British broadcasters about Diana and the impact that her 1997 death in a Paris car crash had on their childhood.

The princes are scheduled to meet representatives of charities supported by Diana at Kensington Gardens, the grounds outside the palace where she lived with her sons and former husband, Prince Charles.

William and Harry will “pay tribute to the life and work of their mother” and meet people from charities including London’s Great Ormond Street Hospital, the National Aids Trust, the Leprosy Mission, and the English National Ballet.

They will meet a palace gardener befriended by Diana at a temporary White Garden created to mark the anniversary, the royal family said.

“Together they will reflect on the significant achievements of the princess, and the legacy of her work which continues to resonate with so many today,” it said.

Diana was known as the “queen of hearts” in the titles of several sympathetic books and documentaries about her life.

The British public reacted to her death with a huge outpouring of grief, while tabloid media published lurid claims that her death might have been orchestrated by senior royals or other members of the British establishment.

Charles and his parents, Queen Elizabeth II and Prince Philip, were criticized for removing the young princes from public view in the days after Diana’s death, and then forcing them to walk behind their mother’s coffin at her state funeral.

Some observers also criticized the royal family, including the queen, for their alleged coldness towards Diana.

But in their interviews ahead of the anniversary, William, 35, and Harry, 32, defended their father and grandmother and said they were happy that they had been isolated at Balmoral, a royal castle in Scotland.

In a BBC documentary about Diana’s death, “Diana, 7 Days,” Harry said Prince Charles had broken the news to them and supported them in the immediate aftermath of her death.

“One of the hardest things for a parent to have to do is to tell your children that your other parent has died,” Harry told the broadcaster. “How you deal with that I don’t know but, you know, he was there for us.”

The princes said the decision to walk behind their mother’s funeral cortege was a joint one.

“Genuinely, I don’t have an opinion whether that was right or wrong – I’m glad I was part of it,” Harry said.

In an interview with Newsweek magazine in June, he had complained about having to walk behind the cortege, saying “I don’t think any child should be asked to do that, under any circumstances.”

William, who was 15 at the time, described the funeral procession as the “hardest thing” and a “very long, lonely walk” where he tried to find a balance between being a prince “versus the private William who just wanted to go into a room and cry, who’d lost his mother.”

He said he could not understand why many of the spectators were crying loudly as the procession passed: “I was like, ‘you didn’t even know her, why and how are you so upset?’”

In an interview with Sky News last year, William praised the queen’s “strong influence” on him following his mother’s death.

“She’s been a very strong female influence and, having lost my mother at a very young age, it has been particularly important for me that I had somebody like the queen to look up to,” he said.

He said the queen had “been there and has understood some of the more complex issues when you lose a loved one.”

In an ITV documentary aried last month, “Diana, our mother: Her life and legacy,” the princes called her “the best mum in the world.”

“She smothered us with love, that’s for sure,” Harry said.

“She was very informal and really enjoyed the laughter and the fun,” William said as they looked at family photographs together.

“She was one of the naughtiest parents,” Harry said, before William added: “But she understood that there was a real life outside of palace walls.”(dpa/NAN)

The inauguration of the 43 ministers is currently ongoing at the Council Chamber, State House, Abuja right now.…
byTayo Aderinola
No comments 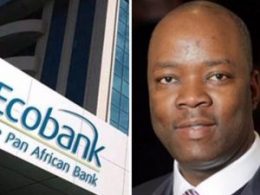 The Board of Directors of Ecobank Nigeria has announced the appointment of three non-executive directors: Mrs. Bola Adesola, Mrs. Titilayo Olujobi and Mrs. Bimbola Wright. According to the Board, the new Directors have distinguished themselves in their various careers bringing with them a wealth of experience in the financial services industry, their professionalism and integrity, that has earned them international respect.
byLateef Idris
No comments 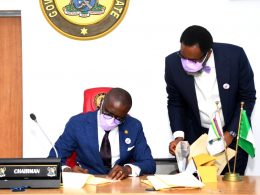 Lagos State Governor Babajide Sanwo-Olu, on Monday, assented to the bill prohibiting Open Cattle Grazing and Trespass of Cattle on Land, signing the legislation into law 11 days after it was unanimously passed by the State House of Assembly and transmitted to the Executive arm for authorisation.
byLateef Idris
No comments 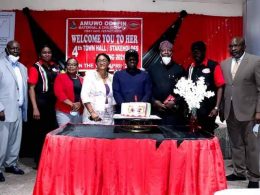 The Executive Chairman Amuwo-Odofin Local Government, Engr. Dr. Valentine Buraimoh seized the opportunity presented to him as the Chairman of the occasion to present to his score card of accomplishment in the health sector.
byLateef Idris
No comments