The event was put together by the Centre for Democracy and Development (CDD) in collaboration with ARISE Television.

Trouble started after Melaye was heard calling an attendee of the meeting ‘Obi people’, when he stood to question the candidates.

Meanwhile, the absence of Asiwaju Bola Ahmed Tinubu, Presidential Candidate of the All Progressives Congress (APC) and former Vice President Atiku Abubakar of the PDP at the meeting sparked outrage.

While Atiku asked Governor Ifeanyi Okowa, his running mate, to stand in for him, Tinubu had no representative at the event.

Some youths had kicked against the presence of Okowa and insisted that only presidential candidates should be given the floor.

“We want only Presidential Candidates here,” they shouted on top of their voices as they booed the Delta governor.

Maintaining his calm, Okowa reached out to the audience, saying the presidential ticket is one, but the aggrieved youth thundered, “No!!!”

However, normalcy was later restored and the programme kicked off.

Ordinarily, the fruition of the $2.6 billion Badagry Deep Sea Port project is a cause for jubilation. We…
byTayo Aderinola
No comments 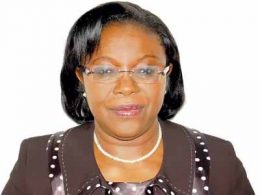 The Lagos State Civil Service Commission will, on Tuesday, 18th May 2021, hold a virtual briefing for all eligible Officers for the year 2021 Promotion Exercise at 12 pm prompt.
byTayo Aderinola
No comments 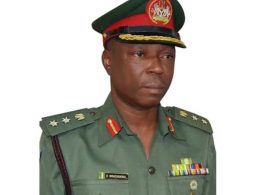 The Chief of Army Staff, Maj.-Gen. Farouk Yahaya, has approved the appointment of Brig.-Gen. Onyema Nwaxhukwu as the Director of Army Public Relations, insider sources have disclosed.
byTayo Aderinola
No comments