French President, Emmanuel Macron, has urged Nigerian youths to get involved with politics to change the narrative of the nation.

Macron, while describing politics as important, said only Nigerians could change their image before the comity of nations.

The French President, who was accompanied by Gov. Akinwunmi Ambode of Lagos State, gave the challenge during a visit to the Afrika Shrine in Ikeja, on Tuesday night at an event tagged “Celebrate African Culture.”

He noted that the future of Africa and the task of making it great rested with Africans, saying that the youths have a crucial role to play.

“Africa needs a new generation of Africans to share the new narrative about Africa all over the world,” he said.

According to him, politics is important because it is a tool to change the society.

Macron described the Afrika Shrine as an iconic place of strength, music, culture and the late Fela as a politician who wanted a change for the society.

“I am very happy to be here. Let me remind you that this place — shrine is a music place as well as politics which is needed to change the society.

“So, I will say to the youths, politics is important, be involved,” he said.

Macron also announced the launch of the 2020 African cultures season in France.

He said the event would help create a unique face for African culture in Europe.

Earlier, Gov. Ambode said the President’s visit was expected to signal the dawn of a new collaboration between France and Lagos State in the quest to make the state the culture and entertainment capital of Africa.

Ambode said the event was also about celebrating African culture which was a positive step for France as it sought to rebuild its relationship with Africa.

The event presented an opportunity for Macron and Ambode to interact with musicians, artists, fashion designers and film makers.

President Emmanuel Macron of France attributed his decision to visit the Afrika Shrine in Lagos to his nostalgia for the good memories of the iconic place.

The President stated this while reacting to questions after a closed-door bilateral talks with President Muhammadu Buhari at the presidential villa, Abuja, on Tuesday.

It is believed that Macron would become the first president to enter the New Afrika Shrine.

The French President, who was trained as a senior civil servant at the French Embassy in Lagos in 2004, seven years after Fela died, described the Shrine as a cultural and iconic hub.

Macron, who `confessed’ that he was not a stranger to the club, said he recognised the Shrine as an important place for lovers of African culture.

“First, because I wanted to find a good occasion to come back there. I know the place and I have some memories,

“I think that is such an iconic place for a lot of African people and African culture.

“And I think very often when you speak of the African culture in Europe, those who succeeded in Europe and in France, which is different most of the times, are not dramatically very famous in Nigeria or in Africa.

“And there is a bias because you know people are absolutely not the same. I mean Fela, Femi, Seun Kuti are obviously very famous in France and Europe,

“I mean they are big successes but the Shrine is a cultural hub, an iconic hub and is very important for me first on a personal level, and that is why I want to say with a lot of humility that I recognise the importance of this place, I recognise the place of culture in this current environment,’’ he said.

President Macron expressed the readiness of French government to promote sport and cultural relations between Nigeria and France to address the problem of unemployment among youths in both countries.

According to him, African Cultural Season to be hosted in France in 2020 will be inaugurated at the African Shrine tonight, while French sport initiative will be launched in Lagos on Wednesday.

He said the African Cultural Season which would provide new opportunities to youths, was being financed by the private sector in Nigeria.

Speaking during an interactive session with Sports Writers Association of Nigeria (SWAN) at its secretariat in National Stadium,…
byTayo Aderinola
No comments 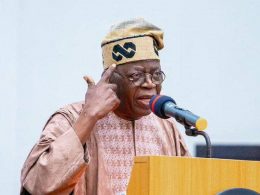 I’ll not retire until I become president, says Tinubu

The National Leader of All Progressive Congress and former governor of Lagos State, Asiwaju Bola Ahmed Tinubu, on Tuesday said he would not retire from politics until he becomes Nigeria’s president.
byTayo Aderinola
14 shares
14
0
0
No comments 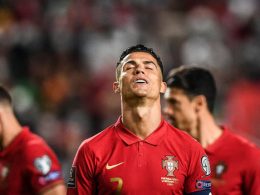