Former Vice-president Atiku Abubakar’s presidential aspiration got a boost on Monday, with the Lagos State chapter of the Peoples Democratic Party (PDP) endorsing him.

Prince Muiz Dosunmu, Secretary of PDP in Lagos, said that delegates from Lagos State are well aligned with the objectives of Atiku.

Dosunmu, who spoke  on behalf of the state executive of the party during Atiku Abubakar’s consultative meeting with the state stakeholders said: “Lagos PDP is set to follow a leader who knows the trenches. Your Excellency Atiku Abubakar knows the pathway and we are ready to follow you.”

Also, a former minister and chieftain of the PDP from Lagos State, Dr. Abimbola Ogunkelu while announcing that he was representing PDP chieftain, Chief Olabode George said that Atiku towers above all the other aspirants, and has the capacity to lead the opposition party to victory in the 2019 presidential election.

“The PDP in Lagos State believes in Atiku and the large turn out here today is an open testament that Lagos PDP is for Atiku. We are for you here (in Lagos) and we strongly believe in your capacity to lead our great party to victory,” Ogunkelu said.

The only member of the PDP in Lagos State House of Assembly,  Dipo Olorunrinu, said that Lagos PDP stands united with Atiku on his presidential bid.

“Lagos PDP is here today (Monday) and we are speaking with one voice that we shall stand with you on this journey. All my leaders have openly endorsed Your Excellency (Atiku) and the matter is already determined”, Olorunrinu said.

Atiku, who was at the state party secretariat in company of Director General of his presidential campaign organization, Otunba Gbenga Daniel, had earlier said that he was in Lagos State to solicit for support of PDP delegates in the state in his bid for the ticket of the party.

He remarked that should the leaders of the PDP in Lagos State give him an opportunity to fly the flag of the party in the 2019 presidential election, he would win Lagos State for the PDP.

“In 2003 I led the campaign of the PDP in the Southwest that made it possible for our party to win all but one state in the Southwest from the Alliance for Democracy. I promise you that if you give me that opportunity again, I will not only win the presidency for our party, but also all the states in the Southwest including Lagos. I did it before and I can do it again,” Atiku said.

He noted further that the ruling All Progressives Congress has made living difficult for a large number of Nigerians and that his main objective if given the opportunity to become president in 2019 is massive jobs creation and redirecting the economy of Nigeria to prosperity.

“These (creating jobs and managing the economy) are things that I have done before and I am still well-wired to do them again”, he said. 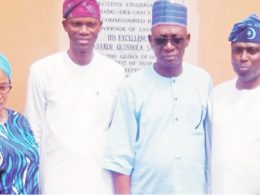 Lagos State Government has opened a new chapter in its stride towards attaining self-sustenance in finance and governance. Governor…
byTayo Aderinola
No comments 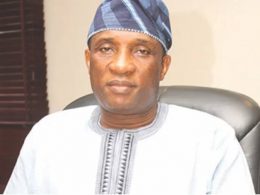 CHOLERA PREVENTION: Lagos Govt charges residents to be at alert

Lagos state Government on Sunday alerted residents to be wary of the outbreak of cholera in some parts of the country, urging everyone to embrace wholesome hygienic practices.
byTayo Aderinola
No comments

The Lagos State Government has announced that all public and private schools below tertiary level in Lagos State should be reopened for the second term 2020/21 academic session from Monday, 18th of January, 2021.
byLateef Idris
No comments