Lagos State Government on Monday underscored the need for accountants to uphold the tenet of the profession which is hinged on transparency and accountability, saying that the professionals must see themselves as strategic partners of government in the attainment of its smart city vision.

Speaking at the 8th Annual Public Lecture of the Institute of Chartered Accountants of Nigeria (ICAN), Lagos State Public Service Chapter (LSPSC), held at the Sheraton Hotel, Ikeja, Lagos, the Lagos State Head of Service, Mrs. Folasade Adesoye, HOS, who was represented at the event by the Accountant-General, Mrs. Abimbola Umar also called on accountants within the employ of the State Government to upgrade their skills and knowledge of project management to enable them key into the direction of government in its infrastructural renewal drive.

The HOS described the theme of the public lecture: “Infrastructural Renewal & Quest for a Functional Smart Lagos,” as a true reflection of the focus of the present administration in the State under the leadership of Governor Akinwunmi Ambode.

According to her, the quality and contributions of members of the accounting profession to the development of the State would go a long way in portraying them and the professional body they represented.

She insisted that the professionals must be fully involved in the financial management of the various projects being undertaken by all government agencies to ensure strict adherence to prudent financial management and accountability of public fund right from the inception of such projects till completion stage.

Adesoye maintained that the professional body, under its umbrella, ICAN had been very instrumental to making sure that the professionals produced by the Institute were of high repute and intelligently sound to key into the Smart Lagos vision, thereby making life more meaningful for all Lagosians.

He noted that the demographic status of the state and its attendant implications imposed the need to focus and embark on well planned infrastructural renewal, in order to sustain its vintage position as the commercial and industrial nerve centre of the country.

“Additional importance was accorded the provision of specific infrastructure to really drive the noble objective. The bold effort of the current administration in Lagos State is seen to be achieving its goal in this regard due to the coincidence of purposeful leadership and prudent management of resources.

“One of the take away from this discourse which I believe should be of professional interest is that the vision and its realisation are taking place during a wisely acknowledged austere period. It would therefore be appropriate to acknowledge the concept of Smart management of resources, to achieve smart objectives in Lagos State,” she said.

According to him, the State Government’s quest for a functional smart city with very verse potentials of becoming third largest economy in Africa was very much on course.

He noted that this was in view of the fact that the state was presently home to over 65 per cent of the country’s businesses with the completion of critical development infrastructures that had created new economies in the state, facilitating growth and propelling the state economy to enviable heights.

“The people centered leadership style, grassroots friendly and positive interventionist policies of His Excellency will definitely open up the economy to would be investors,” he said. 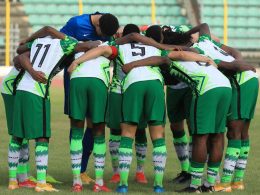 Nigeria vs Ghana: Injury worry for Super Eagles ahead of 2022 World Cup playoff

Rangers manager, Giovanni van Bronckhorst, has delivered a worrying update on the injury suffered by Leon Balogun during their league clash with Hibernian on Wednesday.
byLateef Idris
No comments 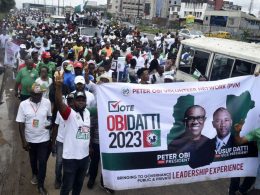 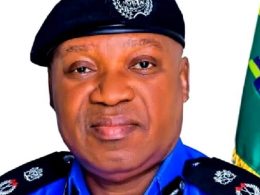 Let your relationship with me translate to success, Lagos CP charges Senior Officers

The new Commissioner of Police, Lagos State, CP Abiodun Alabi, psc, mnim, fdc has charged Area Commanders, DPOs/HODs and tactical commanders to translate their long-time relationship with him to success in the state.
byTayo Aderinola
No comments The Lagos State Ministry of Tourism, Arts and Culture, in collaboration with tourism-related Government Agencies, Hospitality Practitioners and other Stakeholders, is set to launch a programme tagged: “Q4 – Lagos Initiatives” on Wednesday 21st September, 2022, to improve awareness of local tourism potentials and promoting traditional activities that abound in the State, especially during the ember months
byLateef Idris
6 shares
6
0
0
No comments