Rabiu, 25, from Kastina State, was arrested during an enforcement carried out by the agency as part of the mandate to ensure cleaner, healthier and safer environment in the State.

LAGESC’s Corps Marshal, ACP Daniel Isiofia (Rtd), in a statement on Friday, said the suspect was arrested in Ajao Estate area of the State during an enforcement against handcart pushers whose activities have been proscribed in accordance with the State’s Environmental Management Protection (EMP) Law, 2017.

According to Isiofia, “On the 13th of September, 2018 at about 2400 hours, a handcart pusher named Suraju Rabiu, 25 years from Kastina State was arrested by the Agency at Ajao Estate.

“Upon thorough scrutiny by our team led by the Deputy Corps Marshal Operations and Monitoring, Mr Kazeem Ademola, the suspect was discovered to be in possession of two Cartridges, five live bullets (38 Special for chief revolver) , complete wedding ring, two wristwatch and jewelries.”

While urging members of the public to be vigilant and sensitive to happenings around them, the LAGESC boss said the suspect had already been handed over to the Lagos State Task Force for further investigation.

“We, hereby, urge the general public to be more vigilant and assist the Agency in its effort to ensure healthier, cleaner and safer environment in the State,” he said 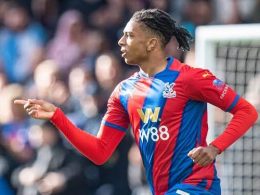 England and France are in for a tug-of-war in their quest to secure the services of Crystal Palace ace, Michael Olise.
byTayo Aderinola
No comments 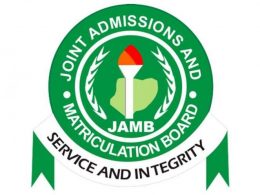 A total of 160,617 candidates have written the 2021 mock Unified Tertiary Matriculation Examination (UTME), which took place on Thursday in 777 centres across the country.
byLateef Idris
25 shares
25
0
0
No comments 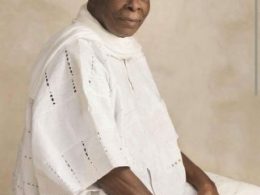 Director-General National Gallery of Art (NGA), Mr. Ebeten William Ivara has condoled with the families of Grillo and the Society of Nigerian Artists over the death of the pioneer President Society of Nigerian Artists, Prof Yusuf Adebayo Cameron Grillo. He died on Monday at the Gbagada General Hospital in Lagos State after a ‘brief illness’ at age 87.
byTayo Aderinola
No comments 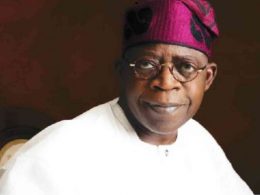 A former Ondo Speaker Hon Victor Olabimtan has assured the State would deliver over 80 percent votes for the ruling All Progressives Congress and its presidential candidate Asiwaju Bola Tinubu.
byLateef Idris
No comments