One person died in an auto -accident involving a Mark truck and a Toyota Hummer bus at Ibafo market on the Lagos-Ibadan Expressway.

Mr Babatunde Akinbiyi, the Public Relations Officer of the Traffic Compliance and Enforcement Agency (TRACE), confirmed the incident to newsmen in Abeokuta on Monday.

Akinbiyi, who disclosed that the accident occurred at about 12:30p.m. on Monday, said it was caused by excessive speed on the part of the bus driver.

“The driver of the bus was speeding and rammed into the moving truck, leading to the death of one of the 14 occupants of the bus,” he said.

Akinbiyi said that the remains of the deceased had been deposited at Divine Touch Hospital in Ibafo.

He advised motorists to always obey traffic rules and regulations in order to stay alive. 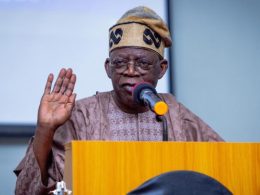 Tinubu clears the air on ownership of Oriental Hotels, other assets ‘linked’ to him

The Presidential candidate of the All Progressives Congress (APC), Bola Tinubu, has disclosed that most properties like Oriental Hotels, Civic Center and other properties in Lagos linked to him are not his.
byLateef Idris
No comments 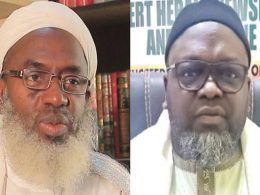 Mamu being persecuted Gumi cries out