Beyond the excitement generated by the purchase of a rolling stock for the Red Line light rail, experts point at some gaps that needed to be addressed by the Lagos State government, writes ADEYINKA ADERIBIGBE

Since the news of its latest acquisition broke last Thursday, Lagos State has been excited at the imminent take-off of the metroline trains 39 years after the late former Governor Lateef Jakande’s dream was aborted.

Though the dream was revived by the Asiwaju Bola Tinubu administration by the turn of the Fourth Republic, nothing could ever indicate that it would take another 20 years before Lagosians could begin to reap the benefit of the dream.

However, that the government stayed the course and underscored its resilience in changing the narrative of public transportation and giving to Africa’s first megacity a befitting intermodal system that exploits the huge potential of the state’s vast waterways, as well as the road and rail.

According to experts, with a daily commuting population of about 20 million, Lagos is, undoubtedly, sitting on a goldmine, if public sector transportation is fully exploited. This may be the reason the Babajide Sanwo-Olu administration made the delivery of the Blue and the Red Light rail project cardinal.

Sanwo-Olu, inspecting the projects earlier in the year, had assured Lagosians that his government would sign-off on the two projects by the last quarter of the year. The people who were eagerly waiting to see only the Blue line activated after 20 years will have the two, which were the flagship and benchmark for the remaining lines.

What further bolstered Sanwo-Olu’s confidence to include the Red Line component into the rail deliverables, was the completion of the Lagos-Ibadan standard gauge project by the Federal Government. The 37km Red Line which runs on the same corridor, is projected to have 10 train stations, with the first phase which terminates at Oyingbo, (a major transport hub), scheduled to be delivered by year end, while the second phase, which picks off from Oyingbo to Marina, is slated for completion later.

Designed as a high speed train to connect Madison and Milwaukee, the train, which had never been used, would become West Africa’s first metro train.

Sealing the contract last Wednesday, Sanwo-Olu said the train would carry at least 500 passengers in the first six months and scale up to about one million thereafter. He said the rail component was a major part of the Lagos Transportation Masterplan under the Lagos Urban Rail Project (LURP), other components of the plan are the waterways and roads. The idea is to provide public transportation alternatives to the over 20 million commuting populace.

However, though it is said to be light train lines, what the government has been investing on are Diesel Multiple Unit (DMU) trains. In 2011, the Toronto Transit Commission (TTC) had sold two 255 H5 metro rail cars to the Lagos Metropolitan Area Transport Authority (LAMATA) for its Blue line. This, however, was later dropped as LAMATA opted for new trains and in 2015. Former Governor Babatunde Fashola ordered 15 stainless-steel-bodied 100kmph 750V DC third rail sets from Dalian Locomotive and Rolling Stock for the Blue Line.

Sanwo-Olu envisaged that the deal would signal a beneficial relationship between  Milwaukee, Talgo and Lagos. He said: “We hope the purchase of the trains would be the beginning of a mutually beneficial business relationship.” He hoped the trains would build the state’s economy, provide jobs, and offer transportation alternatives to the people. The question experts and industry stakeholders are asking is: How does the state intend to ramp up on the opportunities in the Talgo trading? Many doubted that there is nothing much on the table to justify Sanwo-Olu’s confidence.

They said beyond serving the need to tell the world that Lagos has acquired the Talgo trains; the Milwaukee ceremony left many questions unanswered.

Former Dean of School of Transportation, Lagos State University Prof. Samuel Odewunmi said Lagosians needed to know more about the technical details of the new trains, as the little that had been released was worrisome to those who are knowledgeable of the train system.

The dreaded and deadly Coronavirus has landed in Egypt, the country’s Health Ministry said on Friday. The ministry…
byTayo Aderinola
No comments 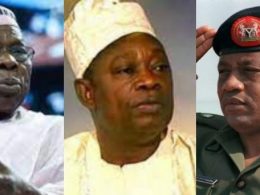 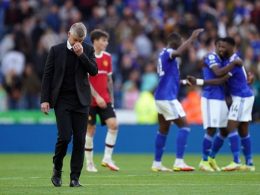 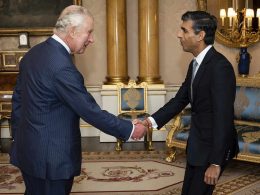 King Charles appoints Rishi Sunak as Prime Minister of UK, the second of his reign