Some residents of Ikorodu carried out a peaceful protest to press home their demand for a realistic electricity billing system on Monday in Lagos.

The protesters stormed the venue of the flag off of the Ikorodu-Sagamu road by the Minister of Power, Works and Housing, Mr Babatunde Fashola with placards to demand for prepaid metres.

Some of the protesters who spoke to newsmen said they had complained to PHCN office several times about estimated bills to no avail.
Mr Otitoloju Samuel, a resident of Lowa, said the estimated bills had caused serious problems for the residents.

“We need to pay school fees, house rent and meet other obligations. Because of this crazy electricity bills we cannot meet our needs, that is why we want prepaid metres, let us pay for what we use,’’ he said.

Mrs Lucy Adebayo and other residents of Benson in Lowa, said power was usually supplied to their area for a few hours during the day.

According to them, they hardly use electricity because they are not usually at home within the hours electricity is supplied to their area yet they get outrageous bills at the end of every month.

Mr Esan Edoyingbo, a resident of Erunwe community said, “the bills sent by IKDC is usually too high and we hardly have light, we want government to force them to give us prepaid metre.”

Responding to their demands, Fashola said the Buhari administration was focused on making prepaid metres available to all electricity consumers in the nation.

He, however, stressed the need for residents to learn to conserve energy, stating that the power situation was going to get better.
“It is getting better because we are getting more power, incremental power, small by small.

“We are working on the prepaid metres, there is a provision of about N39 billion. We are now working on the regulation for metre asset providers; we are going to register them. They would work with the DISCOs,’’ he said.

He advised electricity consumers to learn to conserve power by turning off appliances when leaving home as well limit use of heavy duty appliances and equipment.

He also stressed the need for residents to manage water consumption, stating that between 80 to 100 kilowatts was needed to pump water.

“If you conserve water, you would save energy,” he said. 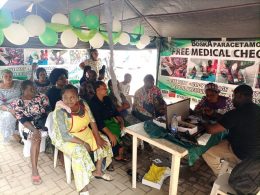 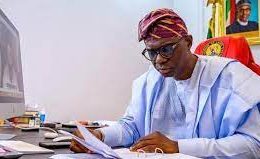 The Lagos State Government has paid over N1.5 billion in accrued pensions rights to 487 retirees for July.
byLateef Idris
No comments