Football Fives World Championship franchise holders in Nigeria, are set to organise the National final of the Nigeria qualification matches for the 2018 edition of the world five-a-side football fiesta billed for September in Shanghai, China.
G12 football club, Ikeja Allstars-Team ARK and Royal Fc booked the 3 slots to represent Lagos in the National final qualifiers billed for Teslim Balogun stadiun on Thursday and Saturday. the qualifiers started in Kano state and have moved to Abuja, Port Harcourt, Ogun before Lagos.

The Lagos qualifiers witnessed series of pulsating matches at the Legacy pitch of the national stadium as Ikeja Allstars Team ARK defeated the Dream Fc 4-1 to book the semifinal ticket while G12 FC defeated it’s feeder team 2 nil for semifinal and the tournament defending champion De Royal defeated Royal Strikers Fc   4-1 for the semifinal ticket. At the semis Ikeja Allstars Team ARK defeated the tournament 2 times champions 2-1 to qualify for the state final and to also pick one of the ticket for the National finals while G12 FC defeated De Royal II 3-2.

At the state final G12 FC defeated the Ikeja Allstars 3-1 while De royal also join the 2 state finalists for the national qualifiers after defeating De Royal II 3-1 in the third place match.

The National Final billed for Teslim Balogun stadium on Thursday 26th and Saturday 28th July winners apart from the N1.5m prize at stake, will earn the right to represent Nigeria at the F5WC in Shanghai, China. In the last championship in Dubai the Nigerian team Royal FC had an impressive outing even although they couldn’t come out of the group stages. But in 2018 the organizers are hoping that a better team will emerge so as to give Nigeria a quality representation. 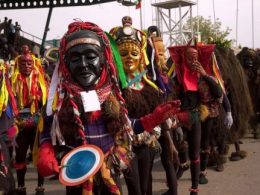 2023 Elections: INEC bans the use of private securities, vigilantes, masquerades for campaigns and rallies

As the political campaigns officially kickstart across the country today, Wednesday, September 28, the Independent National Electoral Commission, INEC, has banned the use of private security guards, Vigilantes and Masquerades for political campaigns and at rallies.
byTayo Aderinola
No comments 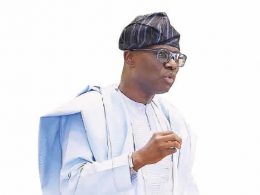 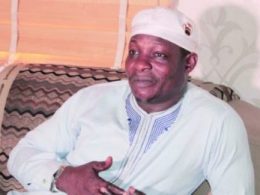