The Federal Government has reaffirmed its commitment to the promotion of reading culture in the country.

The Minister of Education, Malam Adamu Adamu, said this at the Grand Finale of the 2017 Readership Promotion Campaign of the National Library of Nigeria(NLN) in Abuja.

The theme of the forum was “ Working Together to Build a Virile Reading Nation: Challenges and Strategies.’’

Adamu, who was represented by the ministry’s Director of Education Support Services, Mrs. Justina Ibe, said that it was imperative for Nigerians to cultivate a positive attitude to reading.

He said the ministry has partnered with the National Action Committee on Read Campaign, adding that this partnership had yielded immeasurable benefits.

According to him, readership promotion is a strategy which will address the issue of falling standard of education in the country.

“It will also mobilize the citizenry to read, write and contribute to rejuvenation and actualization of total literacy culture in Nigeria.

“Appropriate measures should, therefore, be adopted to turn the country to a reading nation and her citizens to a reading people.

“Government will also strive to provide adequate funds to acquire sufficient, current and relevant library materials for schools and libraries,’’ he said.

Adamu also urged Nigerians to encourage shared reading, saying that children should be educated on the importance of books and reading to their education and future lives.

He further called on civil servants to cultivate the habit of diligently reading letters, memoranda, reports and minutes given to them to handle as this would boost their career development.

Earlier in his remarks, the National Librarian, Prof. Lenrie Aina, said that the target of NLN this year was to encourage secondary school children to embrace a reading culture.

Aina said that NLN would also extend such exercise to pregnant women, adding that studies had proven that unborn babies are aware of the vibrations that voices produce in later stages of pregnancy.

“Our objective is to cover the whole strata of the Nigerian society. It is my desire that as many as that have come to witness this occasion would imbibe the culture of reading, particularly the students.

“Also, representatives of schools, especially teachers, should ensure that students are encouraged to read and parents should endeavour to read always to the admiration of their children.

“Parents should make books available to their children; that is lavishly present books as gift to their children during special events of their lives such as birthday, religious and cultural festivals.

“We are looking up to working together with authors and publishers to write and publish books that will be made available in school libraries established by governments, organizations and individuals,’’ he said.

He also urged Nigerians to establish libraries in their domains, noting that Gwarimpa, a city in the Federal Capital Territory (FCT) with a population of more than one million people, has no library.

In his remarks, the Minister of Information and Culture, Alhaji Lai Mohammed, said that the importance of reading in any nation could not be overemphasized.

Mohammed, who was represented by Mr Makna Sallau, the Acting Director, Entertainment and Creative Services in the ministry, said a nation whose citizens have lost interest in reading would be backward in development.

“It is worthy to note that knowledge is power and most of the ideas that rule the world today are all written in book form for us to figure them out.

“Hence, there is an urgent need for us to promote the culture of reading in our country,’’ he said.

12 schools within the FCT participated in the readership promotion campaign. 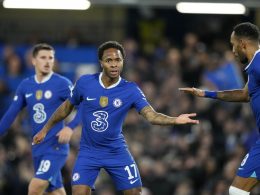 Chelsea midfielder Denis Zakaria scored on his debut as his side finished their Champions League Group E campaign with a 2-1 win over Dinamo Zagreb at Stamford Bridge on Wednesday, topping the group and ending the European campaign for the Croatians.
byTayo Aderinola
5 shares
5
0
0
No comments

A faction of the All Progressives Congress, APC appears to be challenging the dominance of Asiwaju Bola Ahmed…
byTayo Aderinola
No comments 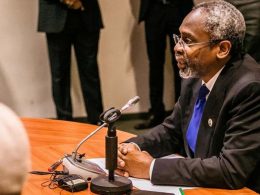 Speaker of the House of Representatives, Femi Gbajabiamila, has said, direct primary was a well thought idea that allows youth participation in democracy.
byLateef Idris
No comments