A former Presidential Adviser on National Assembly Matters and Chairman of Cross River State Sea Port, Senator Florence Ita-Giwa, has urged the Presidency and the National Assembly not to politicise the Lagos-Calabar rail project.

There has been a raging controversy on the rail project following its alleged removal from this year’s budget.

In a statement in Lagos, Ita-Giwa, who served two former Presidents as Liaison officer, noted that she was conversant with both sides as a senator and Presidential Adviser on National Assembly Matters.

The politician reminded the Executive and Legislature that the project would turn around the economy of the Southsouth.

According to her, Calabar is as important as any other city in Nigeria in the contributions to the socio-economic values among the people.

Ita-Giwa noted that instead of passing the buck, both arms of government should return to the budget because the project would complement the state’s efforts in reaping the benefits from the deep sea port.

She said the region had suffered, adding that President Muhammadu Buhari should be encouraged to deliver dividends of democracy to the residents, even beyond the rail project.

Ita-Giwa said: “The Lagos to Calabar rail project is a significant one, which must not be trivialised or politicised because it has the potential to open the economy of the South. I am, therefore, urging my colleagues in the Senate and the Executive to ensure that the project is included and adequately catered for in the budget because it will serve a general good and will complement the Cross River State’s deep sea port.

“I also want to advise my colleagues to guide and keep an eagle eye on projects earmarked for their constituents. Only through that can it be said of them as good representatives.”

Also, kinsmen of the Minister of Transportation, Rotimi Amaechi, and a group of progressive lawyers supporting the All Progressives Congress (APC), Lawyers Network for Change, yesterday backed the minister’s stand on this year’s budget.

They absolved the minister of any wrongdoing in the alleged disappearance of the Lagos-Calabar rail project from the budget.

One of the APC local government chairmen sacked by Rivers State Governor Nyesom Wike on assumption of office, Bestman Amadi, led other supporters of the minister in Ikwerre Local Government Area.

The former council chief said Amaechi’s detractors were celebrating what he called the dishonesty of some National Assembly members on the budget.

He threatened to lead a protest against those planning the minister’s downfall on the Lagos-Calabar railway project.

Amadi noted that Amaechi could not have lied to Nigerians on his role in the controversial budget, having passed the integrity test of his party. 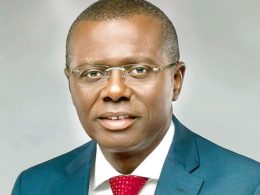 Sanwo-Olu ‘To focus on projects’ – Omotoso 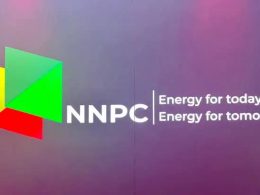 The Nigerian National Petroleum Company Ltd (NNPC) has said it is set to implement the N1.9 trillion project to repair 44 roads after it delivered significantly on the N621 billion repair of 21 roads under a tax credit scheme.
byTayo Aderinola
No comments