At First Bank’s Pink Polo Tourney, charity had its way

When the 2022 edition of the yearly FirstBank-sponsored Emir of Zazzau African Patrons Cup polo tournament galloped to a screeching halt in Kaduna last weekend, many fans, who thronged the venue to watch their favourite players, could not help but commend the sponsors’ love for charity.

When the 2022 edition of the yearly FirstBank-sponsored Emir of Zazzau African Patrons Cup polo tournament galloped to a screeching halt in Kaduna last weekend, many fans, who thronged the venue to watch their favourite players, could not help but commend the sponsors’ love for charity.

Dubbed Pink Polo, the tournament is a breast cancer awareness initiative wrapped in a sporty ambience with the sole aim of raising consciousness on the scourge, with the aim of reducing its prevalence, especially among women.

To achieve that purpose, the best of polo players drawn from around the world gathered at the highbrow polo resort for the weeklong polo extravaganza.
Often referred to as the King of sports and sport for the kings, the 2022 Emir of Zazzau African Patrons Cup was polo at its best. And it had in attendance renowned polo players from far and near.

The homeboys comprised Hamisu Buba, Murtala Laushi, Patron Malcomines, Abdulrahaman Mohammed and Sadiq Dantata. The players not only entertained polo fans, but also gave them some reasons to cheer.

The sight of a horse running in breakneck speed is something pony lovers will always behold. But the biggest match of the weekend was the high goal encounter that pitched host team, Fifth Chukker, the serial winner, against visiting Malcomines in a six-chukker thriller.
Parading star players like Crespo, the team’s captain, a six-goal polo player, Ketemer, another six-goaler, home-based Mohammed +3-handicap polo player and of one of Ghana’s greatest polo player, Isa, a three-goaler.

The other end of the turf had patron and captain, Laushi +1, highly experienced Buba +4 and two other hired polo assassins, Argentina’s Marambio, a six-goal player and Aramburu, also a six-goal player.

True to its rating as sport for kings, the Emir of Zazzau, Ambassador Wuhu Bamali, was on hand to watch the fierce contest, a mark for which the sport in known for.

And in no time, the competition galloped off on a fast paced mode with high-tech dribbling, piercing incursions to dangerous areas of each opposing sides. Though the defense wall of Malcomines was tight, it soon gave way under pressure from Crespo-led side.

The opposing side responded in similar fashion netting a great goal to the delight of the fans, who roared in appreciation. But then, the closing chukka did belong to Crespo, Ketemer, Mohammed and Isa, who overpowered the tired Malcomines to extend their lead to 10-goal. But Malcomines ended the game netting eight goals at the blast of the whistle.

The other match that drew the fans’ attention was Late Gen. Hassan Cup, which Coronation won, after beating FirstBank team of Dantata, Santiago, White and Recaite by 10 goals to eight goals.

Apart from the turf actions, there were lectures and talks on the need to educate women and make them aware of the cancer scourge, the role which the FirstBank-sponsored African Patrons Cup is being used to play.

The Africa Patrons Cup debuted in 2004 as African Masters, polo’s version of the African Nations Cup, involving several nations on the continent. The first edition had South Africa, Egypt, Nigeria, Zimbabwe, Ghana and Zambia in attendance.

But the event was re-launched and renamed as African Patrons Cup in 2011 for high ideals and found worthy cause in Breast Cancer Awareness movement in Northern Nigeria. And the organisers also found in the sponsors, a reliable partner, a bank that cares and together they are battling the scourge. And from all indications, the fight against Breast Cancer is a battle that must be won.

Ever since its debut, the African Patrons Cup has enjoyed the patronage of some of the biggest brands in the corporate world, including FirstBank, the financial institution that has bankrolled the activity and supported the cancer awareness programme among women.

The Lagos State Government has arraigned two men for the murder of Bernadette Tohouo-Tohouo, the Hungarian wife of…
byTayo Aderinola
No comments 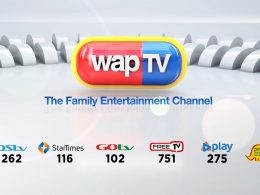 The Wale Adenuga-led WAP TV has been awarded the ‘Outstanding Indigenous TV Channel of the Year at the 2022 edition of Marketing Edge Awards – a glamorous media/advertising industry event that was held at the Harbour Point Hall, Victoria Island, Lagos.
byTayo Aderinola
No comments 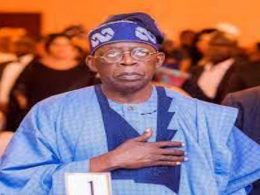 National Leader of the All Progressives Congress (APC) Asiwaju Ahmed Tinubu has called on well-meaning Nigerians to unite in the fight against bandits.
byTayo Aderinola
No comments