President Muhammadu Buhari on Tuesday asked the national leader of the All Progressives Congress, APC, Asiwaju Bola Ahmed Tinubu to reconcile the members.

At least 11 states being run by the All Progressives Congress, APC are embroiled in some crisis. The party itself is yet to hold a national convention since it took over power in 2015, amidst grumbling that it has not been accorded a pivotal role in the Buhari administration.

Here are some states that require the attention of presidential mediator, Asiwaju Bola Ahmed Tinubu :

Governor Abdullahi Ganduje and his predecessor, Senator Rabiu Kwankwaso, have not seen eye to eye in the last two years. Supporters of both leaders have sustained the war of attrition.

And a scheduled rally by Kwankwaso was cancelled last week on the order of the police.

There is a leadership crisis in the party, following the rejection of Hon. Isaac Kekemeke and the elevation of deputy chairman Ade Adetimehin to his position. Also, a section of the party believes that the 2016 governorship poll is inconclusive as an aspirant, Dr. Segun Abraham, is challenging the outcome of the primary that produced Governor Rotimi Akeredolu as the standard bearer.

The preparation for next year’s governorship election appears to be tearing the chapter apart. Governor Ibikunle Amosun appears to have zoned the ticket to Ogun West, a bloc that has not produced a governor since the state was created in 1976. Ogun East, made up of Ijebu and Remo,  also wants to produce the governor.  Even though Amosun wants an Ogun West candidate, he has shut the door against Senator Solomon Adeola, from Lagos state. Supporters of the latter now  allege marginalisation and oppression by the party leadership.

A never-ending  clash between Governor Nasir El-Rufai and Senator Shehu Sani, who represents Kaduna Central. The senator has also become an ardent critic of the Buhari administration.

There  is a deep gulf between Governor Mohamed Abubakar and House of Representatives Speaker Yakubu Dogara. There have been efforts to resolve their differences.

Governor Yahaya Bello is up in arms against majority of party leaders and stakeholders who have complained about his style of governance and politics. James Faleke, the running mate to the late governorship candidate Abubakar Audu, has not been factored into the politics of the state. Senator Dino Melaye faces political survival as the governor engineers his recall.

Governor Abiola Ajimobi and Minister of Communications Adebayo Shittu are no friends. Shittu is seeking the governorship ticket without having anything to do with the governor who controls the party machinery. He has been running a solo campaign for Buhari’s second term.

APC is divided ahead of the July governorship election. Almost all the leading lights of the party are interested in the governorship ticket.

There is a deep seated rift between Governor Abdulazeez Yari and Senator Marafa over the management of the party.

A rift has broken out between Minister of Transportation Rotimi Amaechi and Senator Magnus Abe. The bone of contention is the control of party structure ahead of next year’s polls.

The gladiators are fighting over the control of the party machinery. Efforts to reconcile Chief O’taga Emerhor, Senator Ovie Omo-Agege, Chief Great Ogboru  and Chief Okoti-Eboh have failed.

On the 4th of March 2021, 709 new confirmed cases and 12 deaths were recorded in Nigeria
byLateef Idris
No comments

“You are conscienceless, wicked, an animal, and not fit to walk on the streets”, Justice Sybil Nwaka told…
byTayo Aderinola
No comments 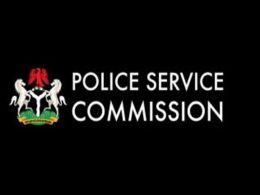 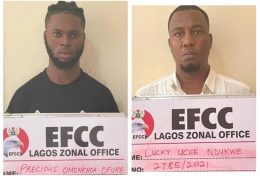