The ruling All Progressives Congress (APC) has rescheduled its National Convention for Saturday, June 23, 2018.

The party gave the new date via its official twitter handle, @OfficialAPCNg on Thursday night.

The decision followed the Party’s approval of a request by the National Convention Committee chaired by the Governor of Jigawa State, Alhaji Mohammed Badaru Abubakar.

Before now, the APC had settled for June 2 for its National Convention as contained in a notice to the Independent National Electoral Commission (INEC) but many stakeholders pushed for the new date in view of the ongoing Ramadan which will be concluded before June 23.

The U.S. Government has congratulated Nigeria on the commemoration of the country’s 57 th independence on Oct. 1,…
byTayo Aderinola
No comments 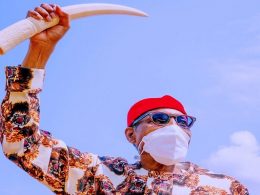 List of States Buhari has paid ‘working visit’ since 2015

Since his election in 2015, President Muhammadu Buhari has paid working visits to 21 out of the 36 States, The Nation can confirm.
byTayo Aderinola
No comments 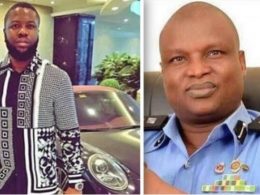 A United States court has issued a warrant of arrest for super detective Abba Kyari.
byLateef Idris
No comments