The Presidential Task Force on Apapa Gridlock has said that it would on Monday start impounding deviant and idle articulated vehicles on Lagos bridges and roads.

The Task Force Chairman, Commodore Okon Eyo, announced this at stakeholders’ meeting on Apapa traffic gridlock on Wednesday in Lagos.

He said the punitive measures would only apply to non-compliant drivers of articulated vehicles.

Eyo, who is also the Commander NNS Beecroft, explained that the delay in enforcement was due to lack of holding bays to accommodate the trucks and other modalities needed to be put in place.

The News Agency of Nigeria (NAN) reports that the meeting followed a previous meeting convened by Vice President Yemi Osinbajo and Gov. Akinwunmi Ambode of Lagos with other stakeholders on easing Apapa gridlock.

Eyo said that the task force had held series of meetings on the gridlock and was now determined to return all empty containers on the road to the holding bays.

“Articulated vehicles henceforth are no longer allowed to be on the roads and bridges but at the holding bays and from there, they would be programmed between the agencies, terminal operators and NPA management.

“When we brought up the idea a month ago, the operators were not ready so we gave them time to put the required infrastructure for holding bays in place.

“Right now, we are very serious and they do not have a choice other than to comply,” he said.

On his part, Chairman of Ajeromi Local Government, Mr Ayoola Fatai,  told  journalists that lots of people were benefiting from the chaos, which he said explained the lingering situation.

“A lot of people are benefiting from the chaotic situation and that is why the solution is being delayed up to this moment.

“My take on this is that it has paralyzed businesses my local government.

“We have about 1.6 million people residing in Ajegunle who cannot go out of their houses talk less of going about their businesses.

“People are dying everyday because of these containers and trucks. We need to be realistic in this approach.

“I have written a letter to the commander informing him of our resolution in our community not to allow these trucks to to pass through our community anymore.

“Already, 198 culverts have been damaged, about 14 streets have been destroyed because of these containers,” he said.

Also, the Chairman, Apapa Local Government, Mr Elijah Owolabi, harped on the dangers the gridlock posed to the health of residents.

“All these trucks that want to carry out major business in Apapa should maintain one lane and allow the other lane to be useful for the commercial vehicles and other private vehicles to come in and execute their own businesses,” he said.

NAN reports that some of the proposed measures taken   to effectively de-congest the roads were to stop empty containers without any business at the ports, while export containers or sided trucks and flat beds are left inbound to the ports.

Others included coordinating large haulage companies or anyone moving 10 trucks or more per day in addition to  monitoring the operation of holding bays, parking instructions and management of broken down vehicles, as well as stopping non-ports bound traffic like tankers and trucks going to private premises.

NAN also reports that the stakeholders’ meeting also addressed the issue of complaints of extortion, brutality, preferential treatment and ineffectiveness of the applied strategies by the security task force.

They also addressed the challenge of poor road network, recalcitrant drivers, intimidating and threatening posture of groups and unions, sometimes even to the extent of blackmail.

The meeting addressed transporters’ subtle and overt inducement of traffic personnel and uncooperative attitude of terminal operators and shipping agencies.

The stakeholders identified other challenges including ineffective NPA call-up system, unprofessional conduct of the task force and continued use of the bridges as parks, non-operationalisation of the holding bays, use of dilapidated and rickety vehicles and losgistics shortfall for the task force. 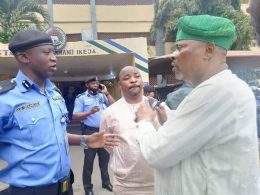 The Special Adviser to the Governor of Lagos State on Transportation, Mr. Oluwatoyin Fayinka, has said that the First and Last Mile (FLM) initiative of the State Government is not negotiable.
byTayo Aderinola
No comments 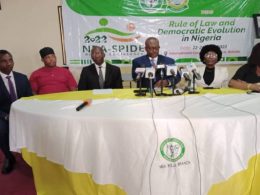 The Nigerian Bar Association Section On Public Interest and Development Law has condemned the attempt by the National Assembly to criminalize ransom payment by families of victims of kidnapping.
byTayo Aderinola
No comments 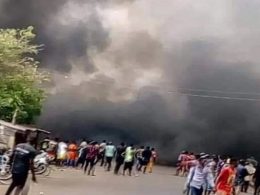 House of Reps defaults in donating to coronavirus fund

Members of the House of Representatives have defaulted in contributing their March salaries in aid of COVID-19 fund.…
byTayo Aderinola
No comments