Lagos State Governor, Akinwunmi Ambode on Monday threw his weight behind the 25 years jail term for rapists and perpetrators of all forms of domestic violence.

He said that the time has come to take aggressive steps to put a stop to the menace.

Ambode, who led a symbolic walk against Domestic and Sexual Violence in Alausa, Ikeja, with top government functionaries including the Deputy Governor, Dr. Oluranti Adebule, Chief Judge of the State, Justice Olufunmilayo Oke, wife of the Governor, Mrs. Bolanle Ambode, Commissioner of Police, Imohimi Edgal, Attorney General, Mr. Adeniji Kazeem, members of the State Executive Council, members of the House of Assembly, stakeholders in the justice sector, celebrities, students, among others, said it was time to walk the talk and ensure that all hands are on deck towards safeguarding the rights of every citizen and the most vulnerable in the society.

Backing the 25 year jail term for rapists, the governor, decked in a red T-shirt with inscriptions including ‘I Say No To Rape’, ‘Stop Domestic Violence’, among others, said it was time to take the fight one step further by amending the Protection Against Domestic Violence Law, 2007 and also come up with strict punitive measures that would serve as a deterrent to perpetrators of such act.

“Rape should not be met with light sentencing; the minimum sentence of 25 years is highly recommended. We need new laws, which will respond adequately to the nature and occurrences of this era. Domestic Violence is a crime, and should be treated as such. The Protection Against Domestic Violence Law, 2007, should therefore be amended accordingly,” Ambode said.

He said in the last two and half years, the State has done a lot in the war against the oppression of the female gender, noting that the State’s Domestic and Sexual Violence Response Team has executed interventions and initiatives including easy access to reporting incidents, speedy rescue and access to justice, medical and psycho-social support for survivors, sensitization & policy advocacy and the establishment of the Lagos State Domestic and Sexual Violence Trust Fund to ensure survivors are financially independent.

Ambode, however, said that his administration would not rest on its oars until the menace is totally eradicated.

“A lot of progress has been made in the steps taken to protect the rights of women and the girl child and in the war against the oppression of the female gender. However, there is still so much to be done. We need to ask ourselves the hard question: for this cause we honour today, how can we truly ensure we are walking the talk?

“What we are tackling today is an almost innate culture which relegates women to the background and forces them to suffer in silence. In Lagos, we are waging a war against this culture and we will do everything within our power to transform ours to a culture of equality, respect and dignity for all. It is a journey of radical transformation, and our government is wholly committed to seeing it through.

“We are not just reactive in helping survivors but also taking aggressive steps to prevent future occurrences. Our aim is to build a system of trust and accountability, where survivors are encouraged to speak out and potential perpetrators are discouraged to commit future acts,” Governor Ambode said.

The Governor commended the Lagos State Judiciary for heeding the call to establish a Sexual Offences Court, just as he also lauded the State House of Assembly for enacting the Protection against Domestic Violence Law, 2007, the Child’s Right Law of Lagos State, 2015 and the Criminal Law of Lagos State, 2015, noting that all efforts was geared towards providing a solid platform for waging the war against Sexual and gender based Violence.

Besides, Ambode, urged the Nigeria Police Force to strive to be more professional and ensure proper investigation of reported cases by grooming specialist officers, since they were mostly the first point of call for victims of sexual and domestic violence.

“As the saying goes, the best time to plant a tree was 20 years ago, the next best time is now. We firmly believe that the actions we take today will be the seeds sown for a brighter future for our women and indeed, our children. We believe our State can continue to pioneer in this agenda and become a benchmark not just in Nigeria, but globally”, he said.

In her remarks, the Chief Judge commended Ambode for leading the symbolic walk, saying the development as well as other efforts geared towards combating the menace eloquently confirmed the commitment of the State Government to reduce the menace to the bearest minimum, just as she urged victims to come out and seek justice.

On his part, Speaker of the House of Assembly, Rt. Hon. Mudashiru Obasa who was represented by the Chief Whip of the House, Rotimi Abiru, said Lagos has set the pace in putting issues of rape, domestic violence, child abuse and others on the front bunner adding that the coming together of the three arms of governments was a proof of political will to fight the menace in the State to a standstill. 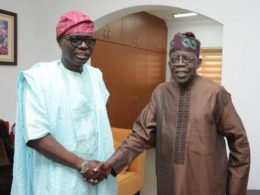 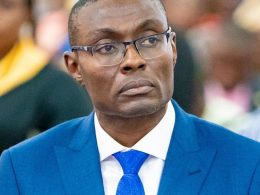 The Lagos State Government has released the diversion plan for the construction of flexible pavements which links Eko Bridge from Saturday 6th to Sunday 7th August, 2022.
byLateef Idris
1 share
1
0
0
No comments 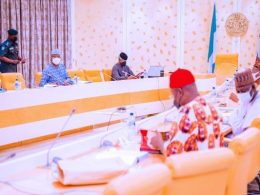 Vice President Yemi Osinbajo is presiding over the meeting in the absence of President Muhammadu Buhari who is attending the 5th Edition of Future Investment Initiative Summit in Riyadh, Saudi Arabia.
byLateef Idris
1 share
1
0
0
No comments

Inspector General of Police, Mohammed Adamu, has assured the training of a new police unit to take over…
byLateef Idris
No comments