Gov. Simon Lalong of Plateau has said that the All Progressives Congress (APC), Presidential Candidate, Asiwaju Bola Tinubu is the best man to lead Nigeria at this moment of its history.

Gov. Simon Lalong of Plateau has said that the All Progressives Congress (APC), Presidential Candidate, Asiwaju Bola Tinubu is the best man to lead Nigeria at this moment of its history.

The News Agency of Nigeria(NAN)reports that Israel was in the state to interact with youths ahead of the 2023 general elections.

The governor, who was represented by Mr. Dung Daylyop, Plateau Commissioner for Youths and Sports Development, said that Tinubu had proven himself beyond a reasonable doubt.

According to him, Tinubu’s wealth of experience is what the nation needs to navigate the curve the nation has found itself

“He has left footprints on the sands of time wherever he served.

“Tinubu is the only politician who left office in 2007 and remains relevant in every progressive discussion in country.

“Tinubu is not just the ‘Jagaban’ of the South West but the entire Nigeria,” he said

Israel, in his remarks, said that Tinubu had lifted many people up, and that it was time for the people to lift him up to become president.

“That is why we must make it a duty to work and deliver our polling units, local government areas and state for Tinubu.

“If they tell you that he is not young, tell them he is a friend of the youths.

“If we vote him, we will be better for it because he has assisted many to heights they never imagined.

“We are counting on you, we have a choice before of us and that choice is Tinubu.”, he said.

According to him, Tinubu has proven to be best among the candidates contesting to be president in 2023.

Bature also urged the youths to be peaceful as they go to all the nooks and crannies of the state and country to canvass votes for the APC.

Dashe stated that youths in Plateau had never had it so good with Lalong- led APC state government. 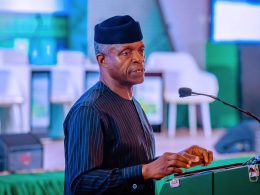