For over three hours, fire disrupted banking services at the head office of Ecobank Nigeria Ltd. on Ahmadu Bello Way, Lagos, on Tuesday.

The News Agency of Nigeria correspondents who visited the scene of the fire incident reports that the fire started at 8.30am.

An eye witness, Mr. Malachy Okoli, told NAN that the fire started when a tanker was discharging diesel into the bank’s fuel dump.

Okoli told NAN that employees of some commercial banks around Ecobank used their fire extinguishers to control the fire before the arrival of officials of the Federal Fire Service.

NAN reports that some youths were seen around the place scooping diesel from the gutter, not minding possible risks.

Many shanties around the bank were destroyed by the inferno.

While addressing journalists, the Deputy Commanding Officer, Lagos Command, Federal Fire Service, Ganiyu Olayewola, said the bank alerted them at about 8.55am.

“We quickly alerted our people and we were able to contain the fire.

“The first thing we did was to evacuate all the personnel and secured the area so that we would be able to perform our work effectively,” Olayewola said.

Director of Operations, Lagos State Emergency Management Agency, Mr. Femi Giwa, said the agency was alerted at about 8.55am.

“At about 8.55 am, we got a distress call at the Lagos State command and control centre concerning an inferno within the Ecobank head office.

“We activated our response and mobilised our respondents to the scene of the incident,” Giwa said.

He said that officials of the agency discovered that a tanker with 33,000 litres diesel, while trans-loading, had caught fire.

“We need to appreciate the Lagos State Fire Service, the Federal Fire Service and LASEMA Response Unit, the Ecobank Fire unit, UBA fire unit, Julius Berger and others for their efforts.

“We were able to contain the inferno within the generator area where they have the tank, and the building, as I speak to you, is in good condition. The adjourning buildings were not affected.

“Personnel and occupants within the building were evacuated to the muster point. We recorded no injury, no death and, as I speak to you, we are at the dampening stage,” Giwa said.

Representative of Ecobank, Mr. Tunde Dawodu, said the fire started at about 8.40am when a tanker that came to supply diesel caught fire.

“Immediately, we activated the emergency protocol and all staff were evacuated from the building, even though it was not affecting the building.

“We decided to fight it with fire gadgets that we had and we reached out to the fire departments, the state, the federal, LASEMA and some other corporate organisations.

“As you can see, it is just the tanker and one of our generators that were affected. It did not affect the building, the personnel or our operations,” Dawodu said.

On its Twitter handle, the bank said, the situation was under control. 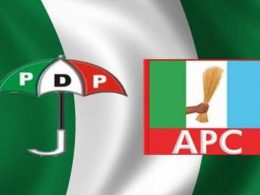 Lagos State chapter of the Peoples' Democratic Party, (PDP) on Saturday decried the destruction of its campaign banners and posters allegedly by supporters of the ruling All Progressives Congress, (APC).
byTayo Aderinola
No comments 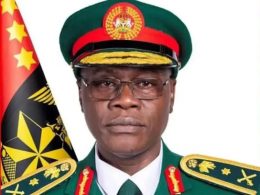 #EndSARS: SARS Operatives Responsible for Misconduct Will Be Brought to Justice – President Buhari 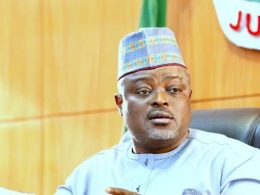 Why Agege Deserves A Mudashiru Obasa

Joseph De Maistre, the French polemical author, moralist and great exponent of the conservative tradition, who lived between April, 1753 and February, 1821, is credited with one of the most politically correct axiom that has reverberated over time. "Every nation gets the government it deserves.“
byLateef Idris
No comments