No fewer than four persons were Thursday crushed to death as a train derailed at the Abbatoir area, Agege, Lagos which also left several others with varying degrees of injuries.

According to an eyewitness account, the train derailed and would have caused untold destruction but for a nearby trailer which prevented it from doing so.

It was gathered that four persons that died were passengers hanging on the rooftop of the moving train.

Confirming the incident, the Lagos State police spokesman, Olarinde Famous-Cole, said the train rammed into a trailer, injuring many, adding that the official figure of the dead was three and not six.

He said: “We just got the information. Our policemen and those attached to the railway command are in control of the situation. Three persons died in the incident and some others were injured.”

However, according to investigation conducted by the  Lagos State Emergency Management Agency’s (LASEMA) LRT, it was revealed that the truck with registration No.MYM 63 XA was trying to make a U-turn on the railway track when it collided with an oncoming train.

General Manager, Lagos State Emergency Management Agency, LASEMA, Adesina Tiamiyu confirmed that four male adults who were said to be hanging on the moving train were confirmed dead, while others sustained injuries.

“Those injured were attended to by the Lagos State Ambulance Service and the deceased were taken away to the mortuary,” he said.

Tiamiyu said that proper investigation would be conducted on the incidents and advised motorist to adhere to road safety rules and while people who were in the habits of hanging on moving train/vehicles should desist from such act to avoid re-occurrence of the unfortunate incidents.

The accident caused massive gridlock around Fagba area where the accident occurred. 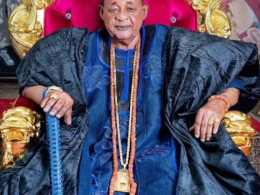 Lagos State Governor, Mr. Babajide Sanwo-Olu, on Wednesday promised that his administration will uphold the principle of separation…
byTayo Aderinola
No comments

Residents of Oshodi-Isolo Local Government Area of Lagos State have been, for weeks, at loggerheads with some operators…
byLateef Idris
No comments