The National Association of Yoruba Descendants in North America (Egbe Omo Yoruba) has endorsed restructuring for the development and progress of the Yoruba nation.

The association took the decision at its 24th National Convention in Kansas City, Missouri.

The theme of the convention is: Restructuring and Integration: Panacea for Accelerated Development and Security of the Region.

It added: “The restructuring of Nigeria is the only way for the Yoruba to be identified as a nation. That restructuring will pave the way for Yoruba to unleash the potential and greatness of its constituent units. The current structure is unsustainable and can only guarantee the continuous stunt and lack of progress of the community.

“Southwest governors and political leaders should be steadfast in the demand for the jettisoning of a unitary system with so much power at the centre to the detriment of existing six geo-political zones.

“The Federal Government should hearken to the voices demanding a revisit to the terms and arrangements of the creed that makes up Nigeria. This response is sine qua non for dousing the palpable tension in the land and to quell the various drum beats of possible political crisis as evident by the demands of various tribal groups in the country.”

The association admonished governments in Yoruba-speaking states to be committed to the integration project through the Development Agenda for Western Nigeria (DAWN) initiative without lip-service and to identify the comparative advantages of each Yoruba state, create harmony and cohesion towards developing the region by utilising the framework of the golden years of the late Western Region’s Premier, Chief Obafemi Awolowo’s era. 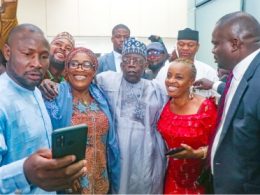 The All Progressives Congress (APC), on Wednesday, reviewed and approved the draft manifesto of its presidential candidate, Asiwaju Bola Ahmed Tinubu.
byTayo Aderinola
No comments

Lagos alerts residents on outbreak of novel coronavirus in China 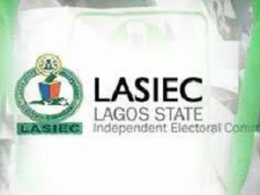 Ahead of Lagos State council polls on Saturday, the Lagos State Independent Electoral Commission (LAISEC) has assured Lagos residents of adequate security during and after the exercise.
byTayo Aderinola
No comments