What You Need As An Entrepreneur In CAPDAN

Any visitor can be forgiven if, at a casual glance, you mistake the plaques and shields displayed on the table of Ahmed Adeniyi Ojikutu for laurels won from some sporting competition. There are more than half a dozen of them taking a great part of his desk, and one or two received as recently as December 2017. The man himself speaks with the enthusiasm of an Olympic-bound athlete, looking forward to winning a few trophies.

It is only when you look closely at the awards you notice they have nothing to do with sports of any kind. In fact, Ojikutu, the president of Computer and Allied Products Dealers Association of Nigeria (CAPDAN) in the heart of Ikeja, has never been to any Olympic event. Neither are the trophies displayed on his desk from the world’s most keenly watched sporting event next to the World Cup. They are all awards won or received from technology based companies and some such businesses that CAPDAN has affected one way or the other.

When Lagos Panorama met and spoke with him in his office in Computer Village, Ikeja made famous by the authentic Afrobeat legend, Fela Anikulapo Kuti, whose Afrika Shrine located at 12, Pepple Street, has since been lost in the labyrinth of the vast market, Ojikutu was in a bubbly spirit. He has every reason to be.

For one, he comes off as one of those dynamic Africans helming a market that is supposedly the largest anywhere in Nigeria, the number one person in a thriving market where such positions are occupied by older folk. Second, he knows his turf, from product standardization to policing the market, policy formation and regulations. But what he clearly knows best is the business of business and he has taken much of his lesson from a sound educational background and fellow businessmen and traders.

“The most important part of entrepreneurship,” Ojikutu told Lagos Panorama  “is the learning aspect, and learning can be a form of training, apprenticeship, formal and informal education of a particular trade set”.

“If you want to do a business in Computer Village, for instance, there is need to understudy the business, get trained in it before ever venturing into it. Make sure you are a researcher, make sure that any point in time, you know what you want to invest your money in.”

He gives kudos to traders and businessmen from the eastern part of Nigeria “who have a method of doing business that even people from Harvard have come to understudy. How come these people do business and they do so well? Young boys come from the village and be apprenticed to a master who will teach him well on how to do business for, say, four, five years, after which the apprentice will come out to be a master of business.”

Like his counterparts elsewhere in the world, young men filled with digital-age ideas, Ojikutu has some; some that would sound rather outrageous to much older people. One of them is his belief that these days, Africans need not marry more than one wife as his forefathers did. “Now, you can buy a robot – with all the sexual features of a woman, presumably – and use it as a companion if your wife is not around. The robot can cook for you, wash for you. That is going on, and that is innovation.”

Not done with his ideas about innovation, Ojikutu raised his cell phone in the course of the interview and made a persuasive case for its use. “This thing (phone) keeps your company more than a human being will do. Why do you need to have a lot of human beings around you when can talk to the whole world with your phone?”

As anyone must have guessed by now, Ojikutu did not just become the president of one of the most important aspects of digital life in Nigeria today. He prepared for it. After his primary and secondary education, he proceeded to university where he studied Business Admin in its varied forms, University of Lagos. For now, he plans for the best in a market that will continue to experience innovations as long as he is president of CAPDAN.

By the way, CAPDAN, according to Ojikutu, “is an association that is responsive to members, and as the government has planned and said to us, they have an intent to move the market to another location so that it will be very habitable. But at this juncture, I think that…if everybody is going to be carried along, that government is not going to take any decision without us, we don’t have any issue. We are expecting a feedback on this issue and that is where we stand.”

On his view of the recent political happenings in the state. He was quick to thank the State Governor Akinwunmi Ambode for the ongoing reconstruction works on major roads of the computer village. “Governor Ambode has really performed well, he responded 72 hours after my request on our roads during the 1st Quarter town hall meeting, the roads in Computer Village are now graded. Another is government support on enforcement in conjunction with the association and more working relationship with other ministries and agencies. We have enjoyed a good relationship with the government of Governor Ambode , I support his second term bid” he concluded. 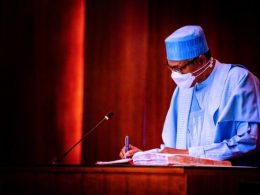 Group to Buhari: Your anti-corruption war has failed 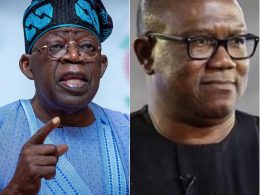 The Independent National Electoral Commission (INEC), on Monday, ruled out the concept of “placeholder” or dummy vice presidential candidate as done by political parties, adding that it has no place in the constitution of Nigeria.
byTayo Aderinola
1 share
1
0
0
No comments

A 26-year-old man, Sumbo Oyedele, appeared before an Ikorodu Magistrates’ Court in Lagos on Monday for allegedly beating…
byTayo Aderinola
No comments