The Speaker of the House of Representatives, Femi Gbajabiamila, says what transpired during the meeting between former President Olusegun Obasanjo and the presidential candidate of the All Progressives Congress (APC), Bola Tinubu, is assuring the latter’s victory, come 2023.

The Speaker of the House of Representatives, Femi Gbajabiamila, says what transpired during the meeting between former President Olusegun Obasanjo and the presidential candidate of the All Progressives Congress (APC), Bola Tinubu, is assuring the latter’s victory, come 2023.

Mr Gbajabiamila made the statement on Thursday while speaking at the Surulere Local Government Area (LGA) APC meeting in Surulere, Lagos.

The Speaker, who was present at the closed-door meeting between Messrs Obasanjo and Tinubu on Wednesday in Abeokuta, said from what he heard there, Mr Tinubu’s presidency was almost a reality.

He said Mr Obasanjo made encouraging statements about Mr Tinubu’s aspiration and even prayed for the APC presidential candidate.

“When we were going to Obasanjo’s house, we were eight, including Asiwaju Tinubu and me; we didn’t want many people to know about the meeting. So, we were to meet Obasanjo and five others from his side.

“But when we eventually got there, we met something pleasantly shocking: a mammoth crowd of our supporters were already at the former president’s house waiting for us.

“So, I, Chief Osoba and Chief Akande and Asiwaju went from our side. My people, what I heard there, what Obasanjo said, the victory of Asiwaju is assured.

“Obasanjo spoke at length and we were all happy. He embraced our candidate like a brother, gave him a pat on the back, and prayed for him copiously”, he said.

Mr Gbajabiamila said from what analysts and observers had said, the 2023 election was going to be a three-horse race.

He, however, said Mr Tinubu was the candidate with the best record of performance and network.

Mr Gbajabiamila said that he had no doubt Mr Tinubu would win the presidential election.

He urged party faithful at the various wards making up Surulere local government area to work assiduously for the victory of Mr Tinubu and all APC candidates in Surulere in 2023.

“Next year’s election is going to be an important one in our nation, and we all need to make the right decision.

“From all indications, there are three main candidates for the election. We know the records of everyone, we know what they did and what they did not do.

“Two were former governors and we know the one whose records are enduring and we know how the other people performed while in office.

“But one thing is a fact: there is none out of the three candidates that has the records of Tinubu.

Mr Gbajabiamila thanked the people of the local government area for their support for him and for allowing him to serve them.

He said that he considered being elected to serve as an honour, and would continue to redeem his electoral promises to impact lives in the area.

“Everywhere you go in Surulere, it is Gbaja this, Gbaja that. In terms of roads, hospitals, street lights and others, you see our footprints and even fingerprints everywhere.

“I thank you for your support and for making it all happen. I promise to continue doing my best to impact lives in Surulere”, he said.

Also speaking, Sulaiman Yusuf, Chairperson, Surulere Local Government, thanked Mr Gbajabiamila for all he had done in the area.

He said the many projects the Speaker had facilitated in Surulere had made the work of the council easier.

“But there is a lot of work to be done and that is why we are urging everyone in the local government area to continue to keep faith with APC.

“You should use your PVCs to ensure the continuation of the good works of APC in Surulere, Lagos and beyond.

“Parents should encourage their children to vote for our party. Our Speaker has done well, he deserves another term, as well as Governor Babajide Sanwoolu”, he said.

He tasked party faithful in the local government area to work for the emergence of Mr Tinubu in 2023.

Sheriff Folarin, a former sole administrator of the local government and a chieftain of APC in the area, urged APC members in Surulere to mobilise other residents to vote for APC in 2023.

“The essence of calling this LGA meeting is for us to know what we need to be doing from now.

“We should begin to tell others to vote for our party next year. Having the PVC is not enough, we should tell them to use it for the party of choice,” he said.

The News Agency of Nigeria (NAN) reports that party chairmen of the various wards in the local government presented reports of their activities in the last three months at the meeting.

Bayo Gafar, APC chairperson, Ward E, Surulere, said over 95 per cent of residents at his ward were mobilised to obtain their PVCs in the last registration exercise done by INEC.

“We are going to work hard to ensure the majority of these people with PVCs vote for all our candidates in 2023”, he said. 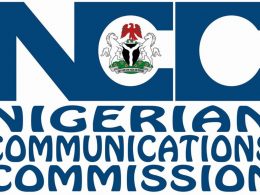 The Nigerian Communications Commission, NCC, has reiterated its commitment to maintaining the age-long tradition of mutually beneficial relationship with the media.
byTayo Aderinola
12 shares
12
0
0
No comments 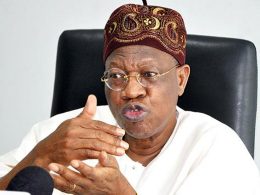 The Nigerian Government has urged Google to shut down the YouTube channels belonging to the Indigenous People of Biafra, IPOB.
byLateef Idris
No comments 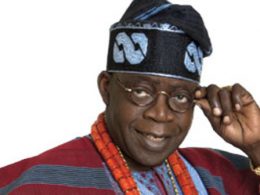 2023: A kingmaker can also become a king, says Tinubu

The National Leader of the All Progressives Congress, APC, Bola Tinubu, has dismissed the calls in some quarters that he should remain a kingmaker instead of nurturing Presidential ambition in 2023.
byLateef Idris
No comments 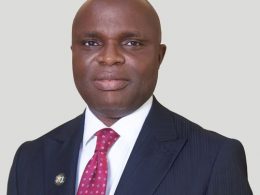