Nigeria’s Vice President, Professor Yemi Osinbajo on Sunday paid a condolence visit to the family of the late Head of the Interim National Government, Chief Ernest Shonekan, who died on Tuesday, January 11, 2022, at the age of 85.

Nigeria’s Vice President, Professor Yemi Osinbajo on Sunday paid a condolence visit to the family of the late Head of the Interim National Government, Chief Ernest Shonekan, who died on Tuesday, January 11, 2022, at the age of 85.

Prof. Osinbajo, accompanied by his wife, Dolapo, visited the Ikoyi, Lagos home of the late Shonekan, where he commiserated and prayed for his widow, Margaret, and other members of the family.

Speaking to the media after the visit, Osinbajo said the late Shonekan “Was a very unique individual,” and added that “His contributions will be evergreen.”

The Vice President described Shonekan’s death as a major loss for Nigeria, for the private sector and for the international community.

“Here was a man who made an impact; he was one of the first leaders in the private sector to begin to shape economic policy in Nigeria.  His role in that aspect was significant.

Prof. Osinbajo acknowledged the role the late elder statesman played during the impasse that followed the annulment of the June 12, 1993 election, when Shonekan was appointed leader of the Interim National Government by the former military president, Ibrahim Babangida.

“Of course, there is no question at all about the role he played at the very tension-filled and uncertain time in the life of the nation, especially as head of the Interim National Government.

“I think that when you look at his role from the private sector to statesman, there is no question at all that this was a very unique individual and I believe that his contributions will be evergreen.”

The Vice President also signed the condolence register, eulogizing the “Excellent life of service to country and to God of our leader and father, Chief Ernest Shonekan, GCFR.”

He wrote: “We are proud of his contributions to shaping the modern Nigerian economy while being a leading light in the private sector—and for his statesmanship and leadership at a time of great uncertainty in our nation.

“His legacy of integrity, high value and service will remain evergreen in our memories.”

Prof. Osinbajo prayed to God to comfort the late Chief Shonekan’s family and for his memory to be blessed forever. 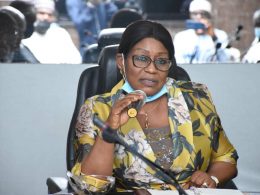 In order to address the decline in distributable revenue from the Federation Account to governments at all levels, a 30-team from the Nigeria Governors Forum (NGF) and the Federal Ministry of Finance has visited the Lagos State Ministry of Finance to understudy the State's Internally Generated Revenue template and exchange ideas on how to ameliorate the present economic meltdown in the country.
byLateef Idris
No comments

Two people have been confirmed dead as a three-storey building collapsed in Ijora Badia area of Lagos, Southwest…
byTayo Aderinola
No comments 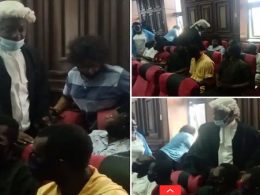 Nigeria’s secret police, the Department of State Services (DSS) has told a Federal High Court sitting in Abuja that some criminal elements – “one chance’’ had stolen its case-file on detained aides of Yoruba nation agitator, Sunday Igboho.
byTayo Aderinola
No comments