On behalf of the Lagos State Government, I present this update, the purpose of which is to provide information to members of the public on the current status of the victims and survivors of the tanker accident which tragically occured on Thursday, 28th June 2018 at the Lagos-Ibadan Express Way by Otedola Link Bridge.

While commiserating with the families of the victims who lost their lives and properties in the unfortunate fatal explosion, I wish to state that the State Government has left no stones unturned and would continue to do the needful in addressing and managing the issues surrounding the inferno.

The victims of the accident were swiftly taken to three (3) of our hospitals namely; the Accident & Emergency Centre at the Toll Gate, the Trauma & Burns Centre, Gbagada General Hospital and the Lagos State University Teaching Hospital (LASUTH) for prompt medical treatment.

A total of seven (7) patients were received at the facilities and our personnel swiftly commenced their treatment. Five of the victims, comprising four males and a female were taken to the Trauma & Burns Centre, Gbagada General Hospital with varying degrees of burns. Unfortunately, we lost one of the patients who had 90% burns. The remaining four victims who had burns ranging between 8% to 48% burns are stable and responding to treatment.

Additionally, two patients: a 48 year-old male who also presented with extensive burns and a 42 year-old male with soft tissue injuries were brought to the Burns and Plastic Unit, Lagos State University Teaching Hospital (LASUTH). I wish to State that one of them has been discharged while the other person is stable and responding to treatment.

From statistics with us, 10 persons (including a minor) regrettably lost their lives to the inferno and they were all burnt beyond recognition. 2 others also lost their lives while receiving treatment at health facilities. We also have received reports of some other survivors who are receiving treatment in some private hospitals. I wish to seek this opportunity to request that any PRIVATE HOSPITAL who has patients from the accident should please provide such information to the Ministry of Health for proper collation through this number – 08155140612 (Dr. Kola Korolo)

As required for proper identification of the bodies, the Government would be conducting DNA Forensic studies so that the right bodies can be handed over to the appropriate families for proper burial. This entails obtaining samples from very close relations of these victims and matching these with samples taken from the charred remains.

For this to be done, we would be taking samples from relations in this order

4) Uncle or Aunt of victim.

They should kindly go to:

The Lagos State DNA and Forensic Centre, 48 Broad Street, Lagos Island (opposite CMS Bookshop). They are open to collect DNA samples from 10am-3pm Monday to Friday. Contact person is the Head of the Centre, Dr Somiari with phone no: 2348075537342. At the same time our pathologist would commence the necessary autopsies on the victims starting from tomorrow.

An estimate of about 2-3 weeks from the time the samples are received would be needed to complete the DNA process, result would be interpreted and bodies properly tagged. Thereafter, death certificates would be issued to the confirmed family members.

We wish to reiterate that the entire cost of management and treatment of the surviving victims and DNA forensics for the dead and their families would be borne by the State Government.

Once again we deeply empathize with those directly affected by this tragic incident and pray for the repose of the souls of the departed and the speedy recovery of those still hospitalized. As a government, we will continue to ensure the safety of the lives and properties of Lagosians 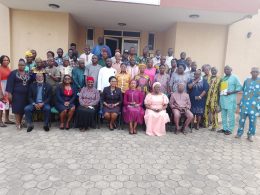 The Local Government Establishments, Training and Pensions Office has commenced a three-day training workshop for senior officers about to retire from the State public service.
byTayo Aderinola
1 share
1
0
0
No comments 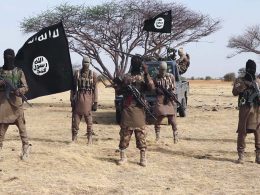 Security chiefs who attended Thursday’s Security Council Meeting at the Presidential Villa, Abuja have narrowed down the perpetrators of Sunday’s church killings in Owo, Ondo State to the Islamic State of West Africa Province(ISWAP).
byLateef Idris
No comments 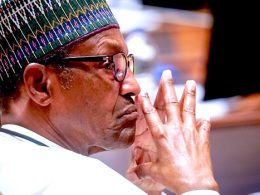 A serving senator of the All Progressives Congress (APC) has backed the move by his opposition colleagues to impeach President Muhammadu Buhari, the leader of his party, over the security challenges bedevilling the nation.
byLateef Idris
No comments