Agboke said there was urgent need for political parties to collaborate with INEC to ensure collection of large number of unclaimed PVCs in the state.

According to him, more than 750,000 unclaimed PVCs are still in the custody of INEC in the area.

He also urged political party leaders to prevail on their members who were yet to collect PVCs to do so.

The REC also called on electorate yet to register for the Continuous Voter Registration (CVR) to get registered before the end of August, adding that the exercise would be suspended on Aug. 17.

He said the suspension would allow enough period for consolidation of data and running of Automated Fingerprint Identification System (AFIS), for detention and identification of multiple registration.

Agboke said that 340,000 eligible voters had registered so far since April 27, 2017 when the CVR commenced.

The REC reiterated the commitment of the commission toward effective electoral processes, assuring that INEC would continue to have cordial collaboration with political parties; to inform them with all the activities of the commission.

In his remark, Mr Waheed Oyewole, the Chairman of Inter-Party Advisory Commission (IPAC) in the state, promised that all political parties in the state would collaborate with the commission to ensure successful electoral activities.

Oyewole said IPAC members would assist in sensitising voters on the need to register and collect PVC.

He urged the commission to remain impartial and unbiased before, during and after the 2019 general elections.

TVC News Crime correspondent, Ivy Kanu, has been arrested by the officers of the Lagos State Police Command.…
byTayo Aderinola
No comments 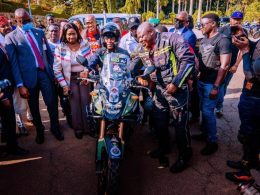 The All Progressives Congress (APC) Presidential Campaign Council says Asiwaju Bola Ahmed Tinubu will not relocate the federal capital from Abuja to Lagos if elected in the 2023 presidential poll.
byTayo Aderinola
No comments 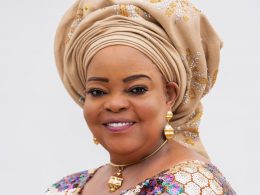 The Honourable Commissioner for Wealth Creation & Employment, Mrs. Yetunde Arobieke, has charged youths to embrace and participate in the ongoing Talent Hunt and Digital Entrepreneurship Skills Training/Mentorship for Unemployed Youths holding in all the 57 LGs/LCDAs in Lagos State.
byLateef Idris
No comments