Israel Adesanya has promised to bounce back after losing to Alex Pereira at the UFC 281, Madison Square Garden, New York.

Israel Adesanya has promised to bounce back after losing to Alex Pereira at the UFC 281, Madison Square Garden, New York.

The 33-year-old was technically knocked out by Pereira in the fifth round to become the new UFC middleweight champion ending Adesanya’s reign atop the division on Sunday morning.

Adesanya fought a near-perfect fight. He had Pereira out on his feet at the end of Round 1, but the Brazilian returned the favour in Round 5 to snatch it.

Adesanya was seeking revenge after losing two fights to Pereira in kickboxing back in 2016 and 2017.

Reacting, he said: “I LOVE THIS GAME!!!
Attacking Titans like this one thrills me!!! Another chapter to “Poatan”.

“You won the battle yet again, but the war wages on! The hunter now becomes the hunted, the game’s not over.”

I heavily grieve for those who have lost their lives or been injured during the period of these protests. My deepest sympathies go to their families and loved ones for none should have been made to pay such a dear price. My career as an active politician spans nearly three decades. In that time, I have seen many things as Nigeria has struggled, sometimes against itself, to undertake the often painful yet inexorable push toward democratic government accountable to, and protective of, the people.
byTayo Aderinola
No comments 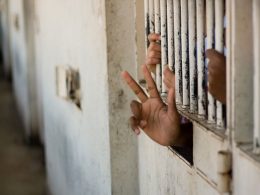 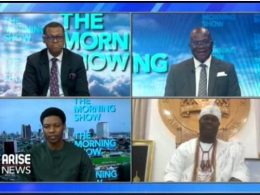