Petty traders are not required to tender their Permanent Voter Card (PVC) before benefitting from the TraderMoni scheme, the presidency has said.

Mr Laolu Akande, Senior Special Assistant to the President on Media and Publicity, Office of the Vice President, made this clarification on Sunday in Abuja.

Akande, who gave an update on the microcredit scheme, explained that to qualify for the TraderMoni scheme, no documentation of any kind was required.

He spoke against the backdrop of claims about PVC was a requirement for the loans.

The spokesman said the President Muhammadu Buhari Administration would intensify its efforts to empower more Nigerians economically as it continued to inaugurate the Trader Moni N10,000 collateral-free loans to petty traders across the country.

“The petty traders are not required to show PVC, or any document for that matter, they are only expected to show they are petty traders and this is why the enumeration is done in the markets and wherever the traders ply their trades.”

He also explained that those who questioned the timing of the loans had forgotten that the credit scheme was part of the Social Investment Programme (SIP) of the Buhari presidency, and had commenced since 2016.

The media aide said that Trader Moni specifically was conceived in 2016 and wondered if the initiative aimed at empowering traders would be suspended just because some people would insinuate motivations.

According to him, the petty traders whose trades and lives are being positively impacted as they receive the N10,000 are telling a different story from those making political insinuations as it is their stories that inspire the presidency.

“Nigerians already know that the Buhari Administration is one that is projecting the interests of the common man, Nigerians who are at the lower rungs, and this is not a new perception at all.

“This week, the interest-free loans, which have now been launched in eight States including the FCT, would be extended to more States including Oyo, Cross Rivers, and Kaduna States,’’ he said.

The micro-credit scheme has been introduced in the following States—Lagos, Kano, Abia, Akwa Ibom, Katsina, Osun, Abuja, Kogi and FCT.(NAN) 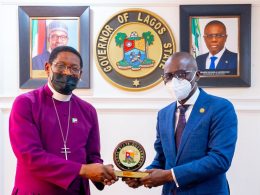 Anglican Bishops To Sanwo-Olu: you have distinguished yourself amongst your peers

The entire bishops of the Church of Nigeria (Anglican Communion) have commended the performance of the Babajide Sanwo-Olu led administration in Lagos State for good governance and service to humanity.
byLateef Idris
No comments 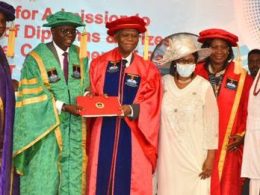 LASU has evolved to be the best – Sanwo-Olu

Nigeria’s President Muhammadu Buhari on Tuesday announced the replacement of Nigeria’s service chiefs. According to a statement by…
byTayo Aderinola
25 shares
25
0
0
No comments

An indigenous logistics company, Zenith Carex, has written a petition to the Federal Government, requesting the government's intervention to recover over N67 million contract funds allegedly withheld by a United States organisation, Chemonics International, and its associates over the past two years.
byTayo Aderinola
No comments