Bola Tinubu, the presidential candidate of the All Progressives Congress, APC, has promised to establish a gold refinery in Zamfara, toward addressing the state’s numerous challenges.

Bola Tinubu, the presidential candidate of the All Progressives Congress, APC, has promised to establish a gold refinery in Zamfara, toward addressing the state’s numerous challenges.

The governor of Zamfara State, Bello Matawalle, said this when he spoke with newsmen in Gusau on Saturday.

Mr Matawalle, also Northwest APC Campaign Coordinator, said that Mr Tinubu had already produced a blueprint to address the state’s security challenges as well as the country at large.

“I personally asked the presidential candidate to what extent he will overcome the security issues in my state and he said he will established a gold refinery in the state.

“Establishing gold refinery will address banditry, kidnapping and other crimes bedeviling the state and the region as well. In addition to jobs’ opportunities and wealth creation among the population.

“The investors will equally support the security architecture of the state for smooth running of their businesses,” he said.

“We are optimistic that Tinubu’s leadership will provide a roadmap for eradicating socioeconomic and political problems in the country and only him has the answer for a better Nigeria,” he said.

Eight police officers in Lagos have been dismissed over “very serious criminal offences”, while six others were demoted…
byTayo Aderinola
No comments 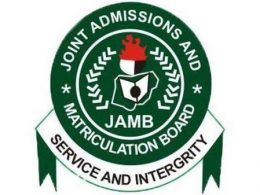 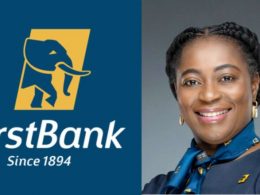 First Bank of Nigeria Limited has announced its variety of retail products specifically designed to enhance the operations and sustenance of various businesses in the country. The products: Petroleum Dealership Finance (PDF), Operational Vehicle Finance (OVF) and Commercial Mortgage will strengthen the capacity of businesses to meet their immediate and long-term needs which are required to continually impact the socio-economic development of the country.
byTayo Aderinola
1 share
1
0
0
No comments