Tinubu At 66: Don’t Accept PDP’s Apology, They Can’t Come Back

National leader of the All Progressives Congress, APC, Asiwaju Bola Tinubu on Thursday charged Nigerians not to accept the apology of the Peoples Democratic Party, PDP,  after the party engaged in massive looting of the nation’s treasury.

Tinubu, who spoke at the 10th Colloquium to mark his 66th birthday in Victoria Island, Lagos, Southwest Nigeria, said Nigerians must be wary of the antics of the PDP and ensured that the party did not return to power.

“It is not an easy task at all. Dear Nigerians, do not take their apology. They lied. They falsified. They even changed figures. For 16 years, they made fake promises and gave us fake figures. And they said we should not talk about it. It is like saying after all they did wrong, do not look at me. Just steal your own. We have a nation to rescue.  We have hope to build Nigeria. We have the lead. We have the people to invest in,” he said.

Tinubu also admitted that life was full of challenges and that such challenges made life pleasant.

“Life is not without challenges. As a political party, we showed everyone our logo like money and sugar. Our logo with a united Nigeria, we focused against terrorism, corruption and promote economic revival of the country and investing in people. I have an already prepared speech but I just have to abandon it considering what I have seen here.

“I can see what the government is doing with so little resources. But the idea and the fact that they are doing it with beneficiaries and the fact that it is demonstrated in practical terms is what we need to get our country from the hook of corrupt officers,” he said.

“They even said that we should not talk about it. But seriously, what should we then talk about. After we came into office, we discovered the looting and thievery. And after assuming office, we should then join you in the act? We would encourage such act? We are not talking about the need of Nigerians. Then what is the most interesting thing to Nigerians?

“Please, forget those opposition parties; they will not come back to power. There is no nation that is not facing challenges; even America is facing its own. Then who are we? How many years of democracy have we practiced? We didn’t say that Nigerians will not enjoy. But we have to report back to the millions of Nigerians that elected us into office that this is what we found when we assumed office.

“And that we will not take it off our mind no matter how twisting the mind of PDP and their supporters may be. We will continue to talk about it because you wasted our resources and didn’t do what you promised Nigerians when you were in office. The market gave you the maximum and production was also at maximum,” he stated.

Tinubu also took a swipe at former President Olusegun Obasanjo for writing what he called political letter to President Muhammadu Buhari asking him not to contest for the 2019 presidential election.

He said Obasanjo wrote the letter as if he had never been in that terrain before, as the letter was merely political and should be discarded.

Speaking at the event President Buhari described Tinubu as a political patriot who has over the years invested in building people and creating future leaders of tomorrow.

“I call on Nigerians to join me to celebrate Asiwaju, a man who is widely known as a political strategist and I have come to see him as a man who cares about people and is a fountain of ideas for the economy and for the common man and woman. He is a true democrat and we appreciate his contribution for Nigeria’s capital progress.

“Asiwaju has invested in people because he believes that tomorrow will be better than today and good will one day triumph over evil,” Buhari said.

Commending the concept of the Colloquium and describing the theme, ‘Investing In People’ as apt, the President said the Federal Government over the last two years had initiated programmes and policies that have made direct impact on the people, adding that the nation can only grow when government invests in its people.

Also speaking, Professor Yemi Osinbajo said he was proud to have garnered experience in public service under the tutelage of Tinubu when he was Governor of Lagos State, noting that it was during that period the foundation of development currently ongoing in Lagos was laid.

He particular alluded to the concept of the Land Use Charge which Tinubu’s administration initiated, saying that despite the challenges and dissenting voices, he (Tinubu) successfully defended, a move which, according to him,  made Lagos better for it.

“When we introduced the Land Use Charge, which was the foundation of the development we see in Lagos today, some of us believed that it should not be introduced at all, others believed it should be introduced. I remember we were having a meeting in a small room, Asiwaju, myself, Yemi Cardoso, Wale Edun and some others and the argument got so heated that Asiwaju asked us if we were the ones the people elected.

“He stormed out of the room and we did not leave, we stayed there. After some minutes, he came back into the room and asked us why we were still there. Then we continued the discussion. In the end, we developed that law and it has become part of the success story in Lagos. This showed that Asiwaju is one leader who allows people to develop ideas,” Osinbajo explained.

The Vice President who also presented a discuss on the topic, ‘Linking the Philosophy To Governance and Commitment’, also described Tinubu as a “fighter and a champion of people- oriented courses.

In his welcome address, Governor Akinwunmi Ambode said Tinubu’s era as Governor of Lagos from 1999 to 2007 showed the depth of his governance capacity, adding that he has over the years sustained his relevance in the nation’s polity.

“After his gubernatorial years, he has continued to show pivotal leadership, particularly on the national stage.  It is not for nothing that he is acknowledged for his defining role in the emergence of a progressive political party in Nigeria,” the governor said.

He said there was no better birthday present that his friends and well wishers could give to him as befitting as what the theme of this year’s colloquium epitomized, saying that Tinubu’s legacy was built around his capacity to invest in people.

“The theme of this year’s colloquium is “Investing in People”. Whether it is called human capital development or people-centric investment, the meaning is clear enough and its importance is undeniable.  For us on the political landscape, it may well be the greatest governance challenge.  Creating highly impactful programs and policies for our people is my simple understanding of good governance.  At the end of the day, the level of investment on our people will determine our future sustenance as a Nation always.

“Look around you, there are only a few people that can match his (Tinubu) unquestionable thirst to invest in people.  It goes without any gainsaying that, I join numerous others seated here or outside, that have gained in the investment Asiwaju has made on people.  I am grateful for that,” Ambode said. 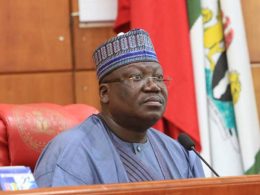 President of the Senate, Ahmad Lawan, on Tuesday, urged the Buhari-led government to transmit a bill to the National Assembly to amend the Petroleum Industry Act (PIA).
byLateef Idris
No comments 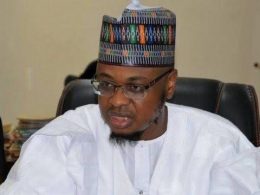 Telecom consumers under the aegis of the National Association of Telecoms Subscribers have kicked against the plan by the Federal Government to introduce a suite of digital tokens to enhance the verification of the National Identity Number, effective January next year
byLateef Idris
No comments 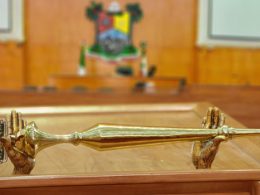 The Lagos State House of Assembly on Wednesday debunked reports that the lawmakers secretly passed a Sharia law in the state.
byTayo Aderinola
No comments