Sheikh Haruba Akinola died on Sunday at the age of 79. He was inaugurated as the 9th Chief Imam of Lagos on July 30, 2000.

Tinubu, in a condolence message in Lagos, said Sheikh Akinola would be sorely missed because “he always put his deep knowledge and understanding of Islam at the disposal of many in Lagos.

“I am deeply saddened by the death of the Chief Imam of Lagos. But as Muslims, we must take every occurrence as the will of Allah.

”As the leading Islamic scholar in Lagos, Sheikh Akinola will be sorely missed not only by Muslim faithfuls but by the people of Lagos and South-west.

”Through his sermon and ‘Khutbat’, he drew attention to the various societal ills and suggested corrective steps.

“I will miss him personally. He brought calming words during our period of turmoil.

“I mourn with members of his immediate family. I mourn with Muslim Ummah in Lagos, across the country and the world. May Almighty Allah grant him Al Jannah Firdaus,” Tinubu said.

In his message, Gov. Akinwunmi Ambode of Lagos State expressed sadness over the death of the highly revered Chief Imam of Lagos, saying that the state had lost a fearless cleric

Ambode described the development as a great loss to the Muslim community, the state and the country in general.

He said the late cleric would be sorely missed and remembered for his bold and courageous sermons which stood him out in present-day Nigeria.

The governor said the late cleric was a great man of God who spoke truth to power not minding whose ox was gored and contributed immensely to the growth and development of the state.

”It is with deep sense of great loss but total submission to the will of God that I note the demise of the Chief Imam of our dear state, Alhaji Garuba Akinola.

”He was indeed a respected cleric who was always mindful of his integrity and used his sermons to engineer positive changes in the behaviour and character of his followers.

”He was a devout Muslim; humanist and bridge builder and would be remembered for his fairness, boldness and thought-provoking sermons, ” he said,

Ambode urged the family of the late cleric to take solace in the fact that he lived a fulfilled life and contributed immensely to the peaceful coexistence in the state.

”On behalf of my family and the people of Lagos State, I specially commiserate with the immediate family of the deceased and the Muslim Community for this great irreparable loss,” Ambode said.

Tinubu on the other hand is different. He joined with President Buhari to form this party. He sees the party as an essential institution to provide Nigerians the democratic good governance and progressive reform needed. He also established a fine track record as a creative and innovative governor, one of the nation’s best and most productive - Tunde Rahaman
byTayo Aderinola
No comments

Decision on minimum wage will be taken on Monday – Ngige

Nigeria Minister of Labour and Employment, Chris Ngige, said the Federal Government of Nigeria will decide on a…
byTayo Aderinola
No comments 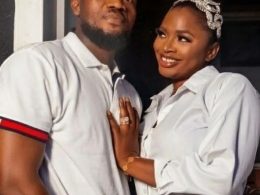 The Lagos State Police Command has confirmed the arrest of a 37-year-old Lagos car dealer, Ikechukwu Ogbonna, aka IVD, over the death of his wife, Abimbola, in the Lekki area of the state.
byTayo Aderinola
No comments