‘Third Mainland Bridge to be shut for three days’

The Third Mainland Bridge in Lagos will be closed to traffic for three days from July 27, for investigative work, Minister of Power, Works and Housing, Mr. Babatunde Fashola has said.

Fashola, who spoke, yesterday on the Channels Television breakfast programme, Sunrise Daily in the Federal Capital Territory (FCT), said the shutdown was necessary “to really do an examination just to be sure that there has been no material deterioration beyond what we procured”.

The minister, who debunked the reports that the bridge would be closed for 27 months, said, “The first message we sent out was that it was going to be closed for three days from July 27”, adding that the duration of maintenance would only be determined after the report of the investigative work has been received and extent of deterioration known.

He said the investigation would have been carried out earlier but the need to reduce the inconveniences that would accompany the closure compelled government to shift the time to a more convenient period when children would be on vacation and when fewer vehicles were likely to be on the bridge.

He said: “We thought that if we allowed the children to go on vacation first it would reduce the number of vehicles that needed necessarily to be on the road and ultimately reduce the amount of inconvenience…

“I think it is later in the year or early next year that the repairs will then start.” 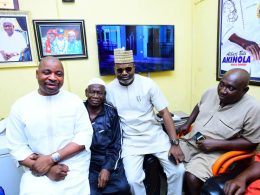 Controversies over who becomes the monarch (Oba) of Oshodi has been put to rest as the Oshodi ruling houses settled for Alhaji Musiliu Ayinde Akinsanya to be installed as Oba.
byLateef Idris
No comments 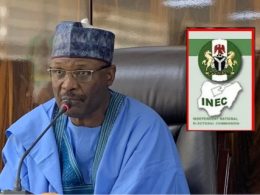 Prof. Mahmood Yakubu, the Chairman of, the Independent National Electoral Commission (INEC) on Friday inaugurated the Electoral Logistics Committee (ELOC) for 2023 general election in Abuja, toward a hitch-free poll.
byTayo Aderinola
No comments 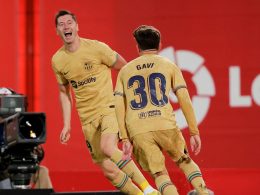 It was not easy or comfortable for Barcelona as they had to battle past Mallorca to secure all three points away from home. Poland striker Robert Lewandowski was again on the scoresheet with what proved to be the decisive goal in the match after 20 minutes. Thereafter, neither team was able to make any further breakthroughs and one goal was all it took.
byTayo Aderinola
1 share
1
0
0
No comments

BIODUN ADEBISI EDITOR’S SUITE :: JUDGES ADJUDGED? “A nation can thrive under disbelief but not on injustice” –…
byTayo Aderinola
No comments