Two-time Governor of Lagos State, Bola Ahmed Tinubu has thrown his weight behind the decision of the President Muhammadu Buhari-led Federal Government to stop payment of fuel subsidy and increase the price of the product from N86.50 to N145.

Speaking via a statement issued by his media office on Thursday, May 12, 2016, the National leader of the All Progressives Congress (APC) said although the decision would take it’s toll on the populace, “the pain was necessary.”

“I would be lying if I said this will cause no pain or dislocation. However, it will stabilise supply and end the costs associated with long waits and delays for fuel. The days and hours of waiting for fuel will be a thing of the past.

“As originally envisioned, subsidy formed a basic part of the social contract between the people and their government. It was a benefit all were to enjoy. Yet, because past governments were not for and of the people, the true meaning and objective of the subsidy policy became lost. Over the years, the operation of the measure was distorted to where it no longer functioned for the benefit of the masses but for the undue enrichment of a small club of businessmen, some legitimate in their work, some not.

“Instead of remaining a positive aspect of the social contract, subsidy was transformed into an opaque haven of intrigue and malfeasance. It was turned into a shadowy process from which the unscrupulous extracted large sums of money without providing the services and products duly paid for. Fake businessmen became true billionaires over night as if by supernatural force. They paraded themselves as such.

“To allow this unfairness to continue would have been a breach of the promise made by this government to the people. We all have an emotional and sympathetic attachment to the ideals upon which the subsidy was founded.”

According to Tinubu, the decision was in line with the Change mantra of the APC.

He said: “This administration entered office with a mandate of CHANGE. The government could not forever sit back and allow this dire inequity to continue, lest it forfeits the essence of its mandate.

“I wish we could have sanitised the subsidy regime and thus continue it, but I believe that President Buhari is removing it not for the austere purpose of saving money but for the nobler purpose of putting those same funds to fairer, more equitable use in order that government might better serve those of us who are truly in need.

“While this may not be perfect, it is a much better deal than the one the subsidy offered us.”

A young man identified as Kelvin has committed suicide at Modinatu Street in Ogba area of Lagos. The…
byTayo Aderinola
No comments

Professor Wole Soyinka, Nigerian playwright and Nobel laureate, has warned that fake news concocted by a Nigerian may…
byTayo Aderinola
No comments 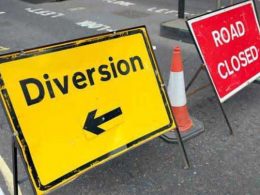 In furtherance of the ongoing Phase I of the Lagos Rail Mass Transit project, the Lagos State Government has announced the extension of traffic diversion on Muritala Mohammed Way from Wednesday, 1st June 2022 to 30th September, 2022.
byTayo Aderinola
1 share
1
0
0
No comments