A suspected internet fraudster, Peter Albert died shortly after he underwent money rituals in the Ado-Odo/Ota Local Government Area of Ogun State about three weeks ago.

A suspected internet fraudster, Peter Albert died shortly after he underwent money rituals in the Ado-Odo/Ota Local Government Area of Ogun State about three weeks ago.

The 20-year-old suspected internet fraudster had longed for the good things of life but lacked the means to acquire them.

To achieve his desires, he sought the counsel of one of his friends, an 18-year-old simply identified as David, who introduced him to a Muslim cleric, Alfa Araokanmi, for a money-making ritual that eventually terminated his life instead of transforming him into an overnight millionaire as assured by Araokanmi.

“Albert, who lived with his father in the Asore area of Atan, and his friend, David, who lives with his parents at Iju, both in the Ado-Odo/Ota Local Government Area of Ogun State have been friends for a long time and attend the same church.

“He had craved success as a Yahoo Boy.

“David allegedly attributed Albert’s poor outing in cybercrime to some spiritual problems, and he promised to link him with his spiritualist, Araokanmi, to whom he attributed his success as a cyber fraudster. David explained to Albert that there was more to his success than meets the eye and that Alfa Araokanmi was behind his fortune in an internet scam.

“Thus David introduced Albert to Araokanmi aka Alfa Wa in the Iju area of Ado-Odo/Ota LGA. “David linked the boy (Peter Albert) to one Alfa Araokanmi, who promised to do some propitiation that would make the boy become a successful internet fraudster.

“They started chatting on Whatsapp until the boy later visited Alfa Araokanmi for some money rituals leading to his untimely death,” an anonymous source revealed.

Expatiating further, the source said that Araokanmi told the deceased that he would ingest concoctions and bath at midnight for some days after which he should expect a ghost that would give him a sum of N5 million every day. 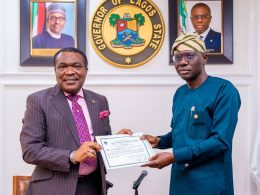 Buhari to dissolve Cabinet May 22

The Minister of Information and Culture, Lai Mohammed, on Thursday said President Muhammadu Buhari will dissolve his cabinet…
byTayo Aderinola
No comments 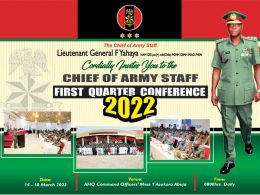